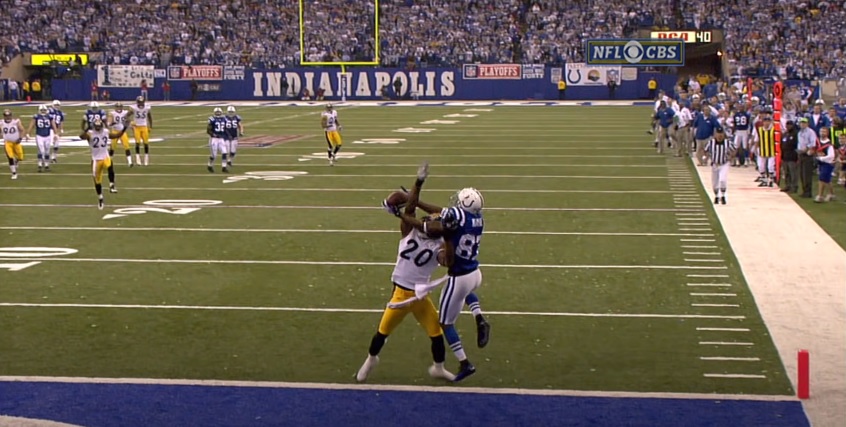 The Pittsburgh Steelers’ 2005 Super Bowl run was memorable for so many reasons. The team being the first six seed to win it all, each game coming on the road. Super Bowl XL being played in Detroit, Jerome Bettis’ hometown for the final game of his career. Bill Cowher finally hoisting the Lombardi and the organization winning one for the thumb, their first championship since the 70s dynasty.

If it wasn’t for Bryant McFadden, none of that might have happened. McFadden had a critical end zone breakup in the waning moments of the Divisional Game against the heavily-favored Indianapolis Colts. His incompletion forced the Colts to attempt a field goal which Mike Vanderjagt shanked wide right.

Bill Cowher joined McFadden on McFadden’s podcast All Things Covered yesterday and brought up how monumental a moment that was.

“That 2005 run we had, one of the most exciting games we had was against the Indianapolis Colts. We had that game won. Jerome fumbles the ball. They pick it up, run the ball back, and Ben makes one of the best plays of the whole playoffs by tackling Harper. But all of a sudden, Peyton Manning’s got another chance.”

It was 2nd and 2 with :31 seconds left and the ball on the Steelers’ 28. Manning threw into the end zone for Reggie Wayne but McFadden did a great job of tracking the ball and making a play on it, knocking it away. Here’s a look at the play.

Flipped on the 2005 Divisional win over Indy. We remember Bettis' fumble, Ben's tackle, Vanderjact's miss. But how about Bryant McFadden's end zone BU against Reggie Wayne? Saved the game. And a Super Bowl. pic.twitter.com/9ADCCVfRVx

A textbook combination of tracking, timing, maintaining speed and staying in-phase with the receiver while keying the football and then knocking the ball away at the catch point.

That forced third down and Manning again threw incomplete. Out trotted Vanderjagt, who missed the kick, and the Steelers hung on to win and advance to the AFC Championship where they’d easily handle the Denver Broncos.

McFadden was a solid cornerback overshadowed by bigger names in the Steelers’ secondary like Ike Taylor and Troy Polamalu. 2005 was McFadden’s rookie year and he made one of the best plays of his career in one of the game’s biggest moments. One largely lost to time. But for those who were part of the team, like Cowher, moments that will never be forgotten.