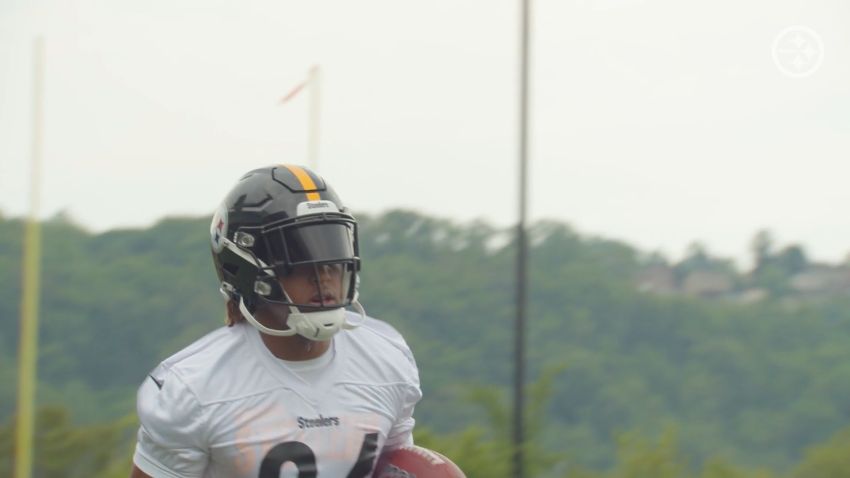 Roster turnover is an inevitability in the NFL. When you have 53-man rosters and teams draft 255 new players every year, there is no avoiding the reality that some players will be pushed out of the league entirely year after year. Mid-level veterans tend to be the most vulnerable, guys who have been able to hang on for a short while but are not established veterans.

For CBS Sports, the Pittsburgh Steelers’ most vulnerable veteran this offseason is third-year running back Benny Snell, a former fourth-round draft pick out of Kentucky in 2019. The team has since drafted Najee Harris in the first round, and signed Kalen Ballage in free agency, though they also parted with James Conner. Patrick Walker writes on the topic of Snell:

Snell is hoping to level up in 2021, but now he’ll have a more difficult time doing it. With James Conner and the Steelers parting ways in free agency, Snell was set to have a shot at landing the RB1 job, but then the club selected Najee Harris in the first round. That immediately torpedoes any chance of Snell being seen as anything more than a rotational piece, and his struggles in short-yardage situations aren’t exactly helping his cause, either. Snell isn’t exactly a throwaway after delivering just under 400 yards with four touchdowns in 2020, but that could also be viewed as having some trade value as well.

Really, we know that Jaylen Samuels is the better answer here, but it’s also too obvious, so I could understand why they would go with Snell. The Steelers are not a lock to carry four running backs, and you have to figure that Harris and Anthony McFarland are pretty safe.

That leaves you with Snell and Ballage, who has more experience, competing for possibly one job if you discount the chances of Snell or Trey Edmunds—which most are. And remember, Derek Watt, the fullback, is still in the picture, taking up a roster spot.

Personally, I’m confident that Snell is on the inside of the roster bubble, but that doesn’t mean that he can’t be at risk. Ballage is a fine player, and he supposedly had a fine spring session, so he could well contest for a roster spot. At that point, you have to bank on the Steelers carrying four running backs, which is about as likely and unlikely to happen. It’s about a 50/50 proposition if you look over Mike Tomlin’s history.

And it’s warranted after last season, really, for him to be in a position to earn his job. He averaged just 3.3 yards per carry in 2020 and fumbled twice on just 111 carries. There’s nothing wrong with making him fight for a roster spot. Theoretically, he and the running back position should only be made stronger for it.