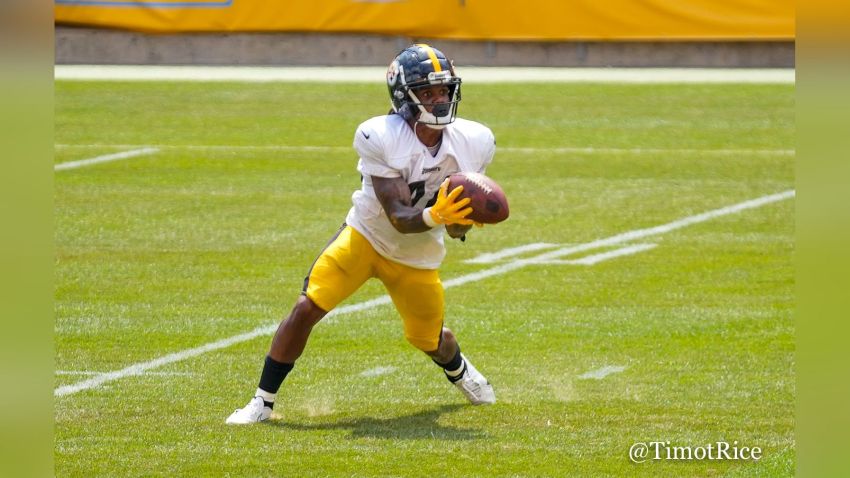 Anthony McFarland came into the league at a listed weight of 208 pounds at just 5’9”. He’s certainly not the biggest back in the world, but he has a more robust build than you might expect upon first impressions. Still, his first go-around through the league seemingly told him at least one thing this offseason: Put on a little weight.

The second-year back reportedly told the media yesterday after practice that he put on five pounds over the course of the offseason, via Chris Adamski of the Pittsburgh Tribune-Review. The writer also notes that McFarland emphasized retaining his speed while adding weight.

The recent trend in Pittsburgh has been the opposite. The Steelers under head coach Mike Tomlin have tended to draft backs with a larger build, who then drop some weight. This goes as far back to Rashard Mendenhall, a first-round pick in 2008. Le’Veon Bell is the most notable example, but it has also been true of James Conner and Benny Snell. And it’s also notable that Tomlin always got on Jonathan Dwyer for failing to do so.

Of course, McFarland was not drafted to fit the mold of what the Steelers have already had. They liked his speed, first and foremost, and the ability for him to add an element in the backfield that they otherwise lacked. New first-round pick Najee Harris probably has a bit more giddy-up than his predecessors, but is still not the sort of homerun threat as a prime-era Adrian Peterson.

A fourth-round pick out of Maryland in 2020, he admittedly did not have much of an impact as a rookie. He picked up just 113 yards on the ground on 33 rushing attempts, with one rush of 20 yards, another of 11, and the rest under 10, including seven of negative or zero net yardage.

He arrived in Pittsburgh somewhat inexperienced as a redshirt sophomore who was not a full-time starting running back, and he also had an abbreviated offseason last year due to the COVID-19 pandemic, which included no rookie minicamp or OTAs, and no preseason.

McFarland has had the benefit of a full offseason this year, wiser for the insights gained over the past year, and he also now has his 2018 college head coach in place as the Steelers’ offensive coordinator, so if he still fails to make an impact, it will grow increasingly difficult to find explanations for it that don’t fall on his shoulders.