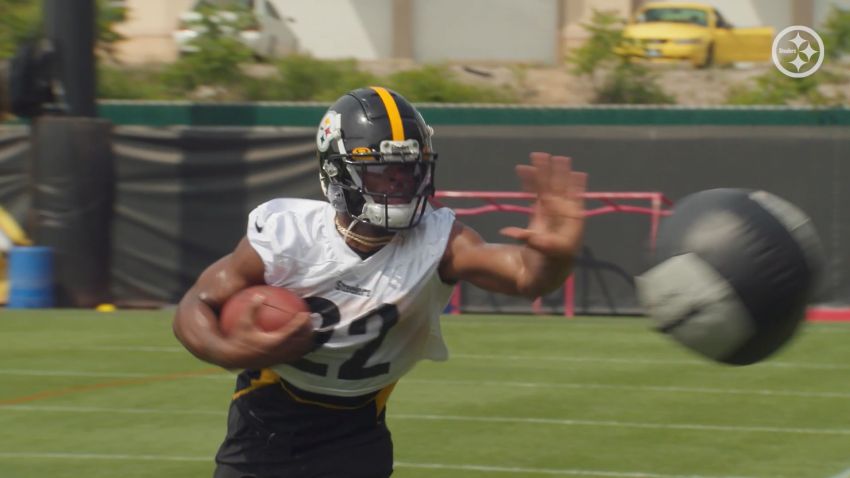 The Pittsburgh Steelers finished dead last in rushing offense last season, both in terms of total yards and yards per carry. While there was plenty of blame to go around, the fingers often point to the running back position whenever a team is struggling to carry the ball, whether right or wrong.

The runner is, of course, a part of the equation, and the Steelers decided to make a change there. They allowed James Conner, their lead runner for the past three seasons, to leave in free agency, and they used a first-round pick on the position, bringing in Najee Harris from Alabama as the top running back in the class.

While they did sign Kalen Ballage in free agency, the rest of the depth chart consists of carryovers, most notably Benny Snell. Anthony McFarland had an underwhelming rookie season a year ago, though the deck was a bit stacked against him. Jaylen Samuels and Trey Edmunds also return to training camp later this month.

Despite the fact that the AFC North has one of the best running backs in the league, however, in the Cleveland Browns’ Nick Chubb, that doesn’t help very much. CBS Sports continued their divisional rankings by position, and the Steelers’ division ranked sixth in the league at running back.

You love what the Browns have in Chubb, who’ll soon land a sizable extension from the team, and deservedly so. His tandem with Kareem Hunt truly carries this division from a running back perspective, and Dobbins joins Mixon in helping their case. There’s still much to be determined regarding Harris, though, considering he hasn’t taken a single snap in the NFL just yet. You’d like to believe he’ll pick right up where he left off at Alabama, but history has shown that’s not always the case. This isn’t to say Harris won’t be very good for Pittsburgh, but it is to say weighing him more heavily than proven NFL talent on this list would be disingenuous. That said, if he hits the ground running, the AFC North will climb for 2022.

One thing the division does have is pedigree. Chubb, Mixon, and Dobbins were all second-round picks, while Harris was of course a first-round pick. Dobbins had a very promising rookie season last year, but still has much to prove. Mixon has been a Pro Bowler in the past, but he doesn’t have much of an offensive line.

It is a bit interesting that the AFC North has two of the best rushing offenses in the league, in the Browns and the Ravens, yet they only ranked sixth at the primary running position. Of course much of that is because of Lamar Jackson’s role in Baltimore’s offense.

The AFC South ranked just ahead of the North, headed by Derrick Henry, Jonathan Taylor, James Robinson, and David Johnson. The West, with Clyde Edwards-Helaire, Josh Jacobs, Austin Ekeler, and Melvin Gordon, was ranked fourth. The NFC South ranked first, followed by the North and the East, so clearly this writer believes the strength of the position resides in the NFC.