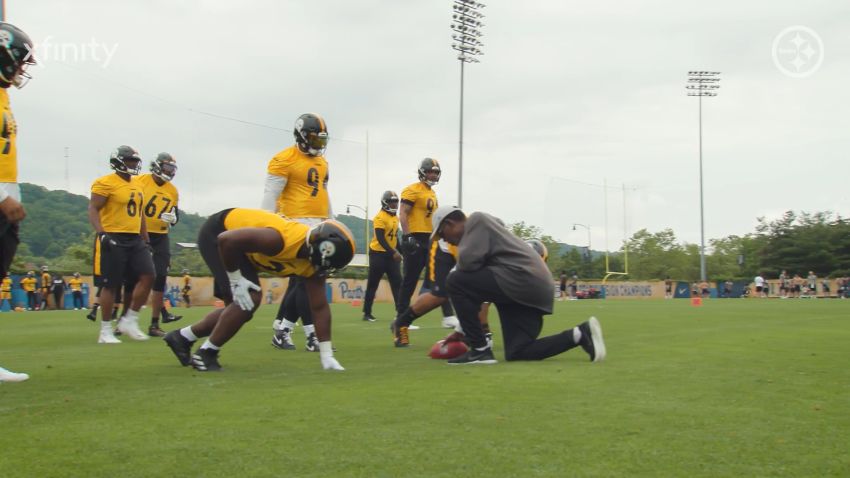 Defensive line is arguably the deepest position that the Steelers have on their roster. We have no question at all that they have more than enough players to make up their squad in 2021, because they’ve brought back everybody from last season, and that already was too much.

And then they drafted another guy.

The four players I consider locks to make the roster are Cameron Heyward, Stephon Tuitt, Tyson Alualu (I know I’m going out on a limb with those three), and Chris Wormley, whom the Steelers re-signed on a two-year, $4.5 million contract. The rest is at least up for grabs.

As a fifth-round draft pick who cost the Steelers a fourth, Isaiahh Loudermilk figures to stand a good chance to make the team, even at a deep position. They liked him enough to make a trade to get him, so they might as well at least give him a year.

Giving the rookie the benefit of the doubt, that leaves six players competing for what is, at most, two roster spots, and more realistically, only one. And that guy is going to have to be able to play nose tackle, because neither Wormley nor Loudermilk are suited for that.

That gives Carlos Davis and Isaiah Buggs an advantage, listed as third and second on the dept chart, respectively, behind Alualu. T.J. Carter is fourth. Abdullah Anderson is listed as an end, but I believe he could play inside if he had to, as well, if it meant making the team.

I’m sure the conventional opinion is that Davis, the second-year player who surpassed Buggs last year for the top backup nose tackle role, is the favorite to resume the position this year. And I imagine that the conventional wisdom is right.

But he still has to go out there and show it, and guys like Buggs and Mondeaux aren’t going to give up their roster spots easily. Mondeaux already knows what it’s like to be stuck on the practice squad, but he’s also able to give himself an edge that no other lineman has, with is the ability to play extensively on special teams. That also gives him a chance as a possible seventh defensive lineman, should a roster spot be available.