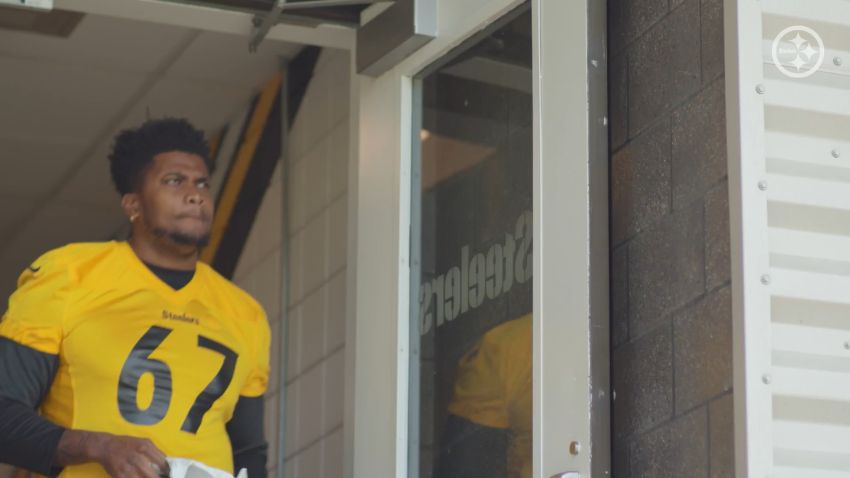 Reasoning: With the Steelers waiving defensive lineman Demarcus Christmas with an injury and replacing his roster spot with a kicker, that will increase the odds of Calvin Taylor’s ability to remain with the team after spending most of the 2020 season on the practice squad.

Originally signed as a rookie college free agent, Calvin Taylor came out of Kentucky and showed the coaching staff enough during an abbreviated training camp to spend most of the year on the practice squad, which is no small accomplishment.

But he didn’t start there. Initially, it was Henry Mondeaux and Daniel McCullers on the practice squad. After the Bears signed McCullers, the Steelers signed Taylor to take his place, and he remained there for the rest of the year.

Later on, Mondeaux was called up to the 53-man roster, in part due to injuries and in part to play on special teams. Demarcus Christmas, a former sixth-round pick of the Seattle Seahawks, was added to the practice squad in November, and he would spend the rest of the year there as well.

With the Steelers retaining their entire defensive line from last season and also adding Isaiahh Loudermilk through the draft, it was looking like very long odds for Taylor to make it back to the practice squad.

At the least, he would have had to compete with Christmas for a spot. He may still have to compete with one or both of Henry Mondeaux, Isaiah Buggs, or another of the reserve lineman depending one who and how many they keep.

While he has never spent time on a 53-man roster, Christmas was at least somebody with pedigree as a former draft pick, who would push to at least remain on the practice squad. His departure makes it that much easier for Taylor to make it back there this year.