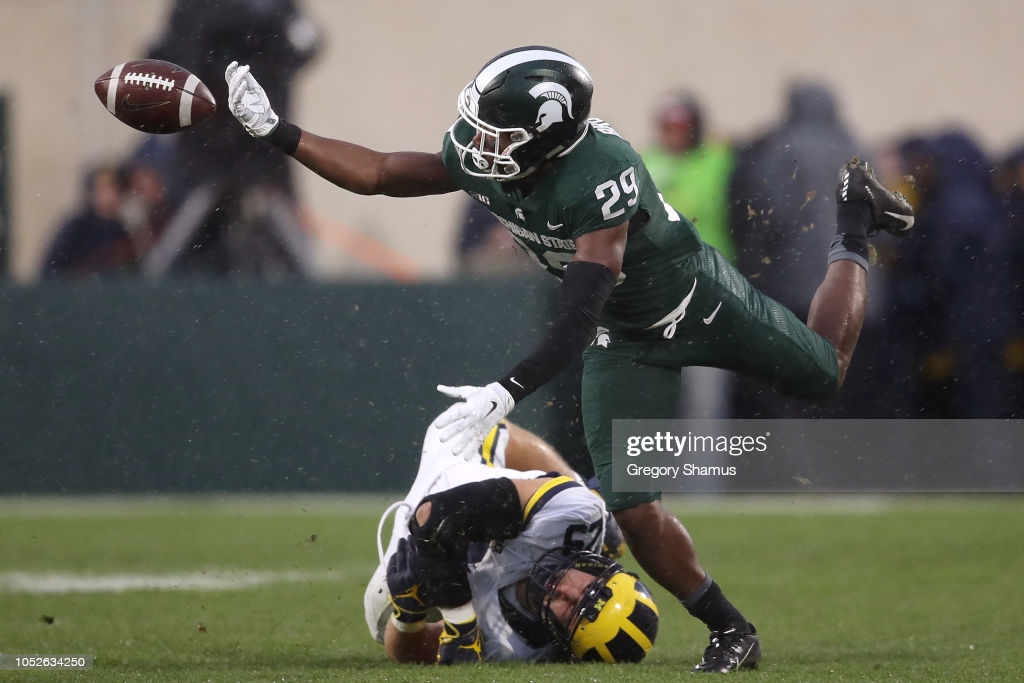 Reasoning: After receiving perhaps the largest signing bonus the Steelers have ever given to a college free agent, Shakur Brown’s name has yet to generate much of any buzz heading into his rookie training camp.

One has to be very hesitant about using a ‘down’ evaluation on a rookie prior to training camp. That’s why I’ve refrained from doing so here. We learn very little about players before the pads come on, particularly in the negative direction, even though you always want to see players standing out.

Shakur Brown drew some buzz when his name was included on the list of college free agents the Steelers signed after the draft. It was clear that they prioritized him as a draftable player after it was revealed that he’d been given a (comparatively) substantial signing bonus.

Yet I haven’t seen his name mentioned in any reports from OTAs and minicamp, which is not the case for other rookie defensive backs like seventh-round pick Tre Norwood, and even fellow college free agent Lamont Wade.

While, again, this is extremely little to go on, it is the only thing that we have to go on for another couple of weeks still. For the period of time we’re in at the moment, I thought it was worth mentioning the fact that the name of Shakur Brown has seemingly not been worth mentioning, as of yet.

That can very easily and very quickly change in dramatic fashion, though. Given the lack of quality proven depth in the secondary, it’s still very, very possible that he makes the 53-man roster, even while second-year players like James Pierre and Antoine Brooks Jr. seem to be garnering positive attention.

The Steelers lost Steven Nelson and Mike Hilton, as well as Sean Davis and Jordan Dangerfield, from last year’s secondary. It’s imperative that they find some young players who are able to come in and provide depth, at the least. Will Brown be one of them? We’ll find out starting in another couple weeks. Even if it would have been nice to have heard something by now.