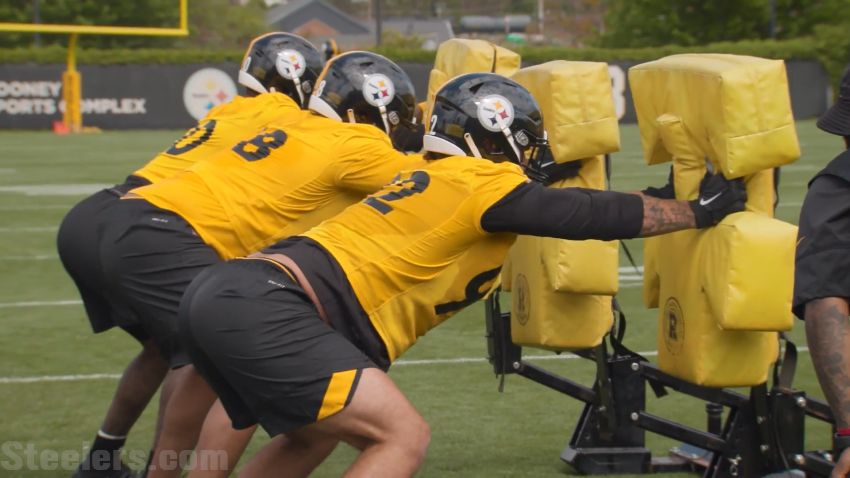 The only person who wins every round they fight is Father Time. The Pittsburgh Steelers have been fortunate for years to have great talent along the defensive line in Cameron Heyward, Stephon Tuitt, and Tyson Alualu, but they know the time will come for them to move on with their lives. Both Alualu and Heyward are already in their 30s.

While it’s impractical to expect to replace them with equivalent talents, the next-best thing the Steelers can do is bring in players now who can learn from the likes of Heyward and Alualu before it is their time to take over. They are hoping that 2021 fifth-round pick Isaiahh Loudermilk proves to be one such player, who is already benefitting from the dynamic.

“Being able to work with Cam, Tyson, some of those older defensive linemen, seeing how they work, where their minds are at during this OTA period, has definitely been aweing to me”, he recently told Missi Matthews during an interview for the team’s website that was posted Thursday.

“I watched those older guys, I watched Big Ben [Roethlisberger] growing up”, he added, “so seeing them around the locker room and how serious that they’re taking every single day is definitely good for me, and I’ve been able to learn a lot from that so far”.

Of course, the Steelers do have a defensive line coach in Karl Dunbar, who is going into his fourth season with the team. And I strongly suspect that John Mitchell still sticks his nose in where it doesn’t belong from time to time, at least during the spring, and perhaps training camp.

But there is a lot of value in the peer-to-peer learning that is a natural part of a healthy locker room, as veterans pass on the wisdom they’ve accumulated over the years to those players who, ideally from the team’s perspective, will ultimately take their jobs.

Nobody knows as of yet what the future holds for Loudermilk, but for now, his first focus will be simply making the 53-man roster in a crowded defensive line room, and then finding the opportunities to get on the field and contribute.

After all, Heyward and Tuitt, and perhaps even Alualu, aren’t going anywhere just yet. All three are under contract for at least the next two years, and there is no immediate reason to anticipate a drop-off in play from any of them.

I’m sure all involved, though, would welcome some of the younger players quickly maturing into contributors whom they can trust to put on the field and not cause much of a drop-off in performance. You want your star players on the field for the critical downs, but if you can save some wear and tear along the way, all the better.