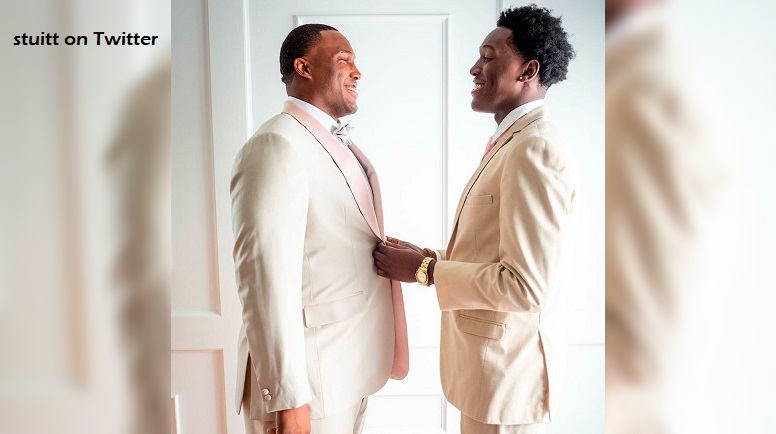 As was reported Friday morning, the brother of Pittsburgh Steelers defensive end Stephon Tuitt was struck and killed in a hit-and-run accident Wednesday night in Georgia. Friday afternoon, Tuitt paid respects to his brother on his Instagram account, and that post included several pictures.

“You are in heaven living stress free. I miss you so so so much bro 😢We love you and see you again one day. Thank you for the prayers and calls,” Tuitt wrote on Instagram.

According to a police report, Richard Bartlett III, Tuitt’s younger brother, was killed in Johns Creek, GA which is located about 25 miles northeast of Atlanta, GA. WGCL-TV reported on Friday that Bartlett was struck when he was attempting to assist with a mattress that had been strapped to the hood of his girlfriend’s car.

Reports indicate that the woman pulled to the right-hand side of the road and that Bartlett, who was trailing in another vehicle, pulled off into a left-hand turn lane. After exiting his vehicle, Bartlett was reportedly struck by an oncoming car shortly after 9:30 p.m., and he ultimately died from his injuries.

“We do know that the vehicle turned around in the intersection right there possibly to see what had happened or what they had hit and at that point, they fled the scene,” Police capt. Todd Hood told the TV station.

The vehicle that reportedly struck and killed Bartlett has been described as a dark four-door sedan, possibly a BMW, according to the police report.

Tuitt’s mother, Tamara Tuitt-Bartlett, is a deputy in the Gwinnett County Sheriff’s office.