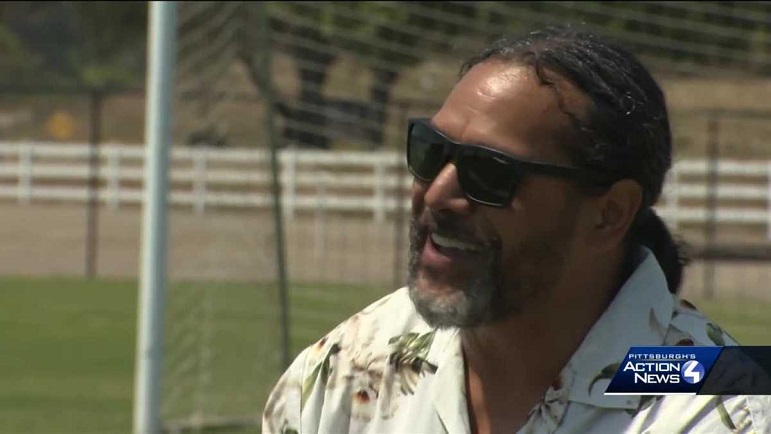 Former Pittsburgh Steelers safety Troy Polamalu will be formally inducted into the Pro Football Hall of Fame as a member of the Class of 2020 on Aug. 7. Recently, Andrew Stockey of WTAE caught up with the Southern California native for a one-on-one interview to discuss his upcoming Hall of Fame induction, his days in Pittsburgh, and his life now that he’s retired.

Polamalu, who will be presented for induction into the Pro Football Hall of Fame by his longtime defensive coordinator Dick LeBeau, said during his recent interview that he hasn’t really written his speech yet.

Can you please tell them that all I did was follow you… #eachoneteachone pic.twitter.com/hs3MljYmOm

Class of 2020 enshrinee @tpolamalu will have Gold Jacket and former @steelers Def. Coordinator Dick LeBeau serve as his presenter at the #PFHOF20 Enshrinement. pic.twitter.com/JYvttrxlBq

Does Polamalu have an idea of what he’d like to saying his Canton speech?

“Not really,” Polamalu told Stockey. “Not really, because I don’t think you can define your whole career in a speech, you know? And, and I think that if you haven’t conveyed that message throughout your entire career, then you’re wasting your time and your eight minute speech. You really are.”

As you would imagine, Polamalu said he really isn’t looking forward to his speech as much as he is looking forward to hearing other inductees’ speeches. He did say, however, that he is proud to represent his former teammates in the Hall of Fame in August.

While Polamalu’s career in Pittsburgh and the NFL didn’t exactly have the perfect ending, as he was essentially forced into retirement by the Steelers, he sounds at peace with the way things ultimately played out.

“What I could say is, without a shadow of a doubt, I’m so grateful to the organization,” Polamalu said. “Was it my decision to end a Steeler? It was not, but I’m so grateful because it was absolutely the most perfect time for me to retire. It took me a while to definitely realize that, probably like six months.”

Polamalu still lives outside of San Diego with his wife, Theodora, and their two sons, Paisios and Ephraim. He told Stockey that he is a soccer dad now and added that after all the time the family spent previously in Pittsburgh that he considers his sons to be true “Yinzers” to this day, even though the family now resides in Southern California.