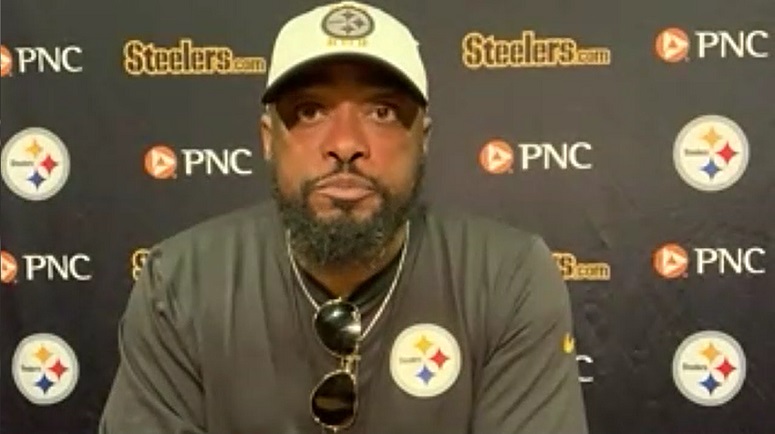 Judging by the questions that Pittsburgh Steelers head coach Mike Tomlin was asked on Tuesday following the team’s first mandatory minicamp practice of 2021, quarterback Ben Roethlisberger and wide receiver JuJu Smith-Schuster may have both sustained some sort of injuries during the session. Tomlin, however, didn’t have much to say about either player other than indicating that there were no injuries on the team that are concerning currently.

“None concerning, none whatsoever,” Tomlin said when asked about any injuries the team may have suffered during Tuesday’s practice. “You know, I don’t talk injury in great detail this time of year. I’m not required to do so. But rest assured, if I thought something was significant, I would address it with you guys.”

Tomlin was then asked if he would kind of walk through maybe what happened with Roethlisberger during the team’s two-minute drill.

Tomlin was asked if we can all assume that whatever happened to Smith-Schuster during Tuesday’s practice isn’t serious as well.

So, can we expect to see Roethlisberger and Smith-Schuster to be back at practice on Wednesday?

“You can expect whatever you wish,” Tomlin said. “We’ll see what tomorrow holds.”

Apparently, Steelers guard David DeCastro sat out Tuesday’s practice and Tomlin was asked if he would address his situation.

“If I thought injury circumstances or reasons why people were not participating were significant, I would share them with you,” Tomlin said. “But I’m not going to address day-to-day like things in this environment. It’s not required.”

So, there we go. Just keep your fingers crossed that whatever may or may not have happened on Tuesday to Roethlisberger and Smith-Schuster winds up not being serious in nature. We’ll now have to wait see if one or both wind up practicing on Wednesday.