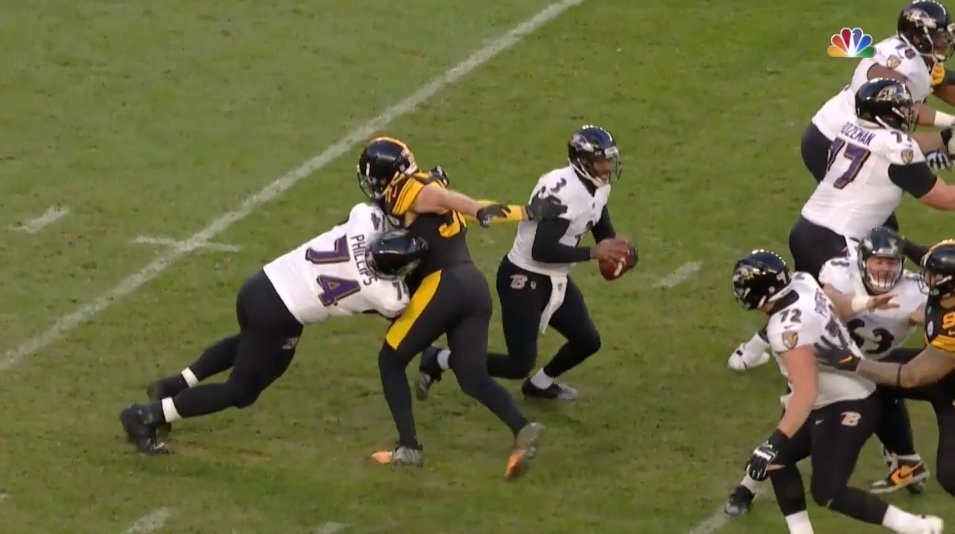 Assuming you turn on the Steelers’ every Sunday, I’m betting there were times last season where you shouted at your TV that T.J. Watt was getting mugged by an offensive tackle. Like Watt owed him lunch money or something. For whatever reason, the NFL simply didn’t call holding that often last season. And Watt absolutely noticed.

In a Zoom call Tuesday, Watt gave his thoughts on the league’s decision to swallow their whistles. Watt acknowledged it but smartly didn’t say much more.

“I thought I was the only one that noticed it,” Watt told reporters. “So I’m glad that somebody else brought it up. But I don’t know, I probably already said too much. I wish I had some sort of influence on it, but I don’t unfortunately.”

That’s a very good make sure I don’t get fined type of answer.

Holding is always subjective and the TV tape doesn’t always offer the best view of trench play but there’s no question the refs seemed to miss obvious calls last season. Even older brother J.J. came to T.J.’s defense, tweeting out his frustration at one point last season after a missed hold in the Steelers’ rematch against the Ravens (as evident by the photo headlining this article).

The lack of holding calls this year has been purely comical. Just so blatant.

Still, it didn’t stop Watt from a league-leading and career-high 15 sacks. Knowing how impactful of a pass rusher he is, offenses will try to do anything to slow him down. And if the league is less likely to call it, offenses are more likely to get away with everything they can.

It’s not completely clear why the league cut down on the number of holding calls for last season. Perhaps it’s yet another move to tip the scales in favor of offenses. More touchdowns, more points, more shootouts is generally good for business. The reality is a 38-35 game is going to draw more eyes and attention than a 9-3 defensive slugfest.

As Watt said, he can gripe about it, but there’s nothing he can do. The good news is it hasn’t slowed his game down one bit. Pittsburgh will need another great season from him after an offseason of losing key pieces along the front seven and secondary.