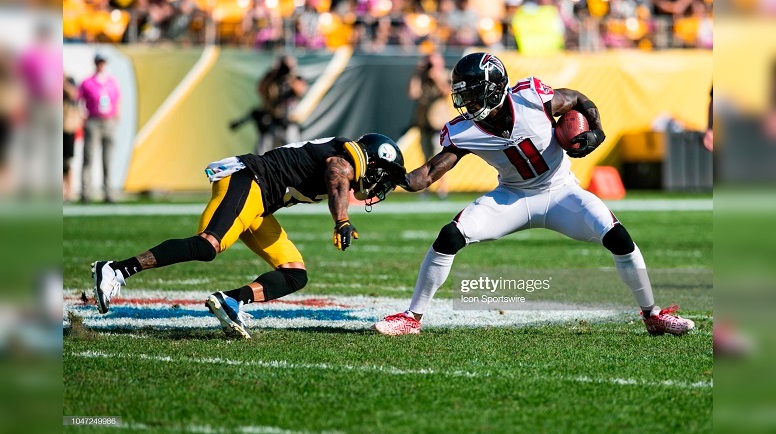 The Pittsburgh Steelers will host the Tennessee Titans in Week 15 of the 2021 NFL season. While that game already seemed to be a tough one on paper for the home team, it now looks like it will be even tougher as of Sunday afternoon.

According to multiple reports on Sunday, the Atlanta Falcons have agreed to trade star wide receiver Julio Jones the Titans for a second and fourth round pick. The deal may not be official for another few days, however, with Jones still reportedly needing to take a physical.

It’s been known for several weeks now that the Falcons were likely to trade Jones after June 1 came and went. Jones, who is now 32 years of age, is set to earn $15.3 million in 2021 and he’s currently under contract through the 2023 season.

Despite appearing in just nine games in 2020 because of a hamstring injury, Jones still managed to register 51 catches for 771 yards and three touchdowns. For his career against the Steelers Jones has five receptions for 62 yards in one game played. That one game against the Steelers came as a member of the Falcons in 2018 at Heinz Field.

Assuming the trade between the Falcons and Titans goes through, Jones would be a nice addition to a Tennessee wide receiver room that already includes A.J. Brown and Josh Reynolds. Brown has been attempting to recruit the addition of Jones to the Titans for several weeks. The Titans also have former Steelers outside linebacker Bud Dupree after signing him earlier in the offseason as an unrestricted free agent.

The 2021 meeting between the Steelers and the Titans will take place at Heinz Field exactly 28 weeks from today.