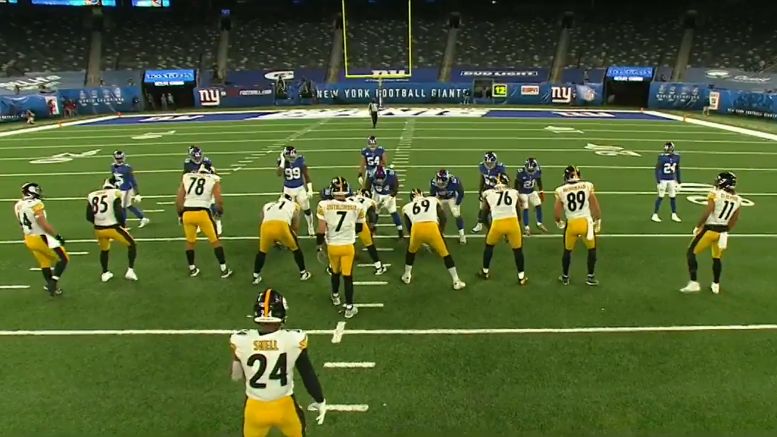 The offensive line of the Pittsburgh Steelers was already in flux, with the possibility of four of the five spots featuring first-time starters at the position this offseason. Thanks to the surprise release of David DeCastro on Thursday, that may now be a completely new group of five starters along the line in 2021.

DeCastro was the Steelers’ lone returning lineman with a season of starting experience at his projected spot. The 10-year veteran was the team’s leader along the line following Maurkice Pouncey’s retirement, and was expected to assume his long-time spot at right guard.

Now, it’s nothing but new players for the Steelers. Chukwuma Okorafor projects as the left tackle, a position he played in college but never started a full season at in the NFL. Kevin Dotson and Trai Turner project as the guards, Dotson a part-time starter at left guard last season and Turner a free agent addition following DeCastro’s release. Zach Banner projects at right tackle, where he suffered a season-ending injury in Week 1 last year after earning his first chance to start.

At center, one of Kendrick Green, B.J. Finney, and J.C. Hassenauer will start. Green is a rookie, while Finney and Hassenauer have never been full-time starters for the franchise. Speaking with Lance Medow of Sirius Radio on Saturday, Hassenauer talked about what it’s like for a completely new offensive line to come together as a group on short notice, and protect quarterback Ben Roethlisberger in his likely final season with the Steelers.

“I wouldn’t say it’s much of a pressure as much as it’s just a challenge. I think we’re all competitive men, we’re all alpha males, and I think we’re all willing to handle that challenge,” Hassenauer said. “As far as the continuity, that’ll come. I think maybe that’ll take one week of training camp to all come together. We have great offensive line coaches with Adrian Klemm and Chris Morgan, they help set the room and meeting environment and it’s very inclusive, kind of having us all come together with camaraderie. I think we can come together just fine.”

Banner, Okorafor, Dotson, and Hassenauer at least have some familiarity with the team and each other after playing 2020 together. Finney has some exposure to the franchise, as well, making spot starts over four seasons with Pittsburgh before leaving in 2020.

Green and Turner are completely new faces for all of them to work with. And even those who have played for Pittsburgh have no more than a combined handful of occasional starts in their projected positions.

Each brings some specific skills to the field, though. Hassenauer addressed what each of his four fellow starters (if he wins the center job) can bring to the line this season.

“Chuks has the most probably starts on the offensive line, and he’s a great leader by example. He was working his butt off this entire minicamp and OTAs, so I think he’ll be able to help take some of the other guys,” Hassenauer said, speaking first of the team’s tackles. “Zach Banner, again, great, tremendous leader as far as a vocal leader. Due to his injury last year, he’s been kind of set aside and doing some rehab on his own, but he’s going to be back for training camp, he’s going to be ready to go. He even took a few reps at minicamp, and he was looking phenomenal.”

Hassenauer moved on to the expected starters at guard. “Kevin Dotson has had a few starts. I think those are some guys that we could lean on,” he continued. “Obviously with the addition of Trai Turner, I don’t know much of his personally, obviously I know him as a tremendous player. So I think once he kind of feels the dynamic of the group, the dynamic of the team, understanding what the standard is, I think we could all feed off him and learn something.”

The team’s upcoming training camp leaves room for a change among the favored starters, and the center spot remains the most open battle along the line. Klemm and Morgan have already begun working to bring the new group together as a unit. With the addition of Turner and loss of the group’s leader in DeCastro, that, as Hassenauer said, just became a bigger challenge.