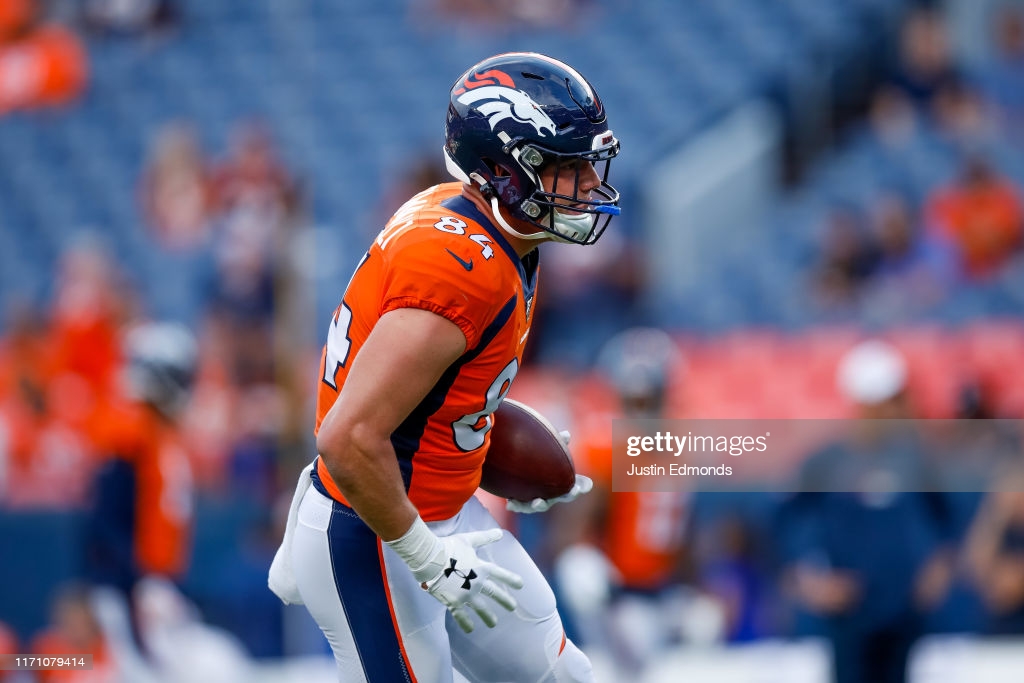 In a recent article by Dave Bryan, he outlined how the Steelers have a history of adding some players prior to the season. In that article Dave suggested outside linebacker, safety and tight end as possible places to add depth.

Last week we looked at EDGE rushers who could be on roster bubbles this year. This week, we’re going to look at tight ends. The Steelers lost Vance McDonald to retirement and have Eric Ebron and Pat Freiermuth who will likely be the top two on the roster. After that they have Zach Gentry with 69 career offensive plays and 13 special team snaps, and Kevin Rader who played 12 snaps each on offense and special teams. Combined they have one career reception for four yards. Rounding out the group is Dax Raymond, who is in his second stint with the Steelers and has yet to play an NFL game.

For this I am thinking each team will carry four tight ends: Three on the active roster and one on the practice squad. I focused on factors such as snap counts, the number of games they suited up for and overall depth of the position from unofficial depth charts that included new additions through free agency and the draft. Affordability was also a factor, with the Steelers without a lot of cap room. You won’t see any big names on here.

Each of these players would be capable of fighting for the No. 3 or 4 tight end position. I added some clips to show you them in action.

Shaheen was a small school player out of Ashland University who skipped his senior season to enter the 2017 NFL draft. During his collegiate career, he had 129 receptions for 1,755 yards and 26 touchdowns. Here is our draft profile.

He was a second round pick by the Chicago Bears, but prior to being drafted the Steelers sent then tight ends coach James Daniel to his Pro Day. He spent three years with the Bears before being traded to Miami prior to the 2020 season. In 2020, he has 12 receptions on 22 targets for 150 yards and 3 touchdowns.

Gesicki led Miami’s tight ends in every category and should lead the way again this year. Smythe is probably the best blocker of the bunch, started 13 games last year and had 26 receptions. Both of them are in the last year of their rookie contracts. Carter is actually the highest paid TE on their roster after signing a 3yr/$7.8M contract this year, is versatile, and a good special-teamer. The Dolphins spent a third round pick on Long so he is likely to stick around. If any of these five players get cut the Steelers should take a look.

Fumagalli played collegiately at Wisconsin and produced 135 receptions for 1,627 yards and seven touchdowns. Coming out of college he was limited athletically with a good football IQ and a hard worker as a blocker. The Steelers met with Fumagalli at the Combine and saw him at the Senior Bowl. Here was our profile.

He was drafted in the fifth round by Denver in the 2018 NFL Draft and spent his first three seasons there (with a brief stop on Houston’s practice squad). In 2018, he spent the season on IR from a sports hernia from his senior season at Wisconsin. He played in 19 games with five starts, totaling 14 receptions for 118 yards and two TD’s. He had 291 snaps on offense and another 147 on special teams.

New England made two big free agent signings with Henry and Smith, and a lot is expected of them. Keene is going into his second year and is more of an H-Back type and a good blocker. Asiasi was also drafted in 2020 is an athletic TE who saw over 200 snaps on offense. LaCosse opted out of the 2020 season and is a solid blocker and provides veteran depth

Auclair played collegiately at Université Laval in Quebec City, Quebec. He was a fourth round pick in the CFL but signed as a UDFA with Tampa Bay. Izzo played at Florida State and had 54 career receptions for 761 yards and six touchdowns. He was drafted in the seventh round by New England.

Auclair played in 40 games in four seasons with the Buccaneers, starting 20. He had 10 receptions for 84 yards. He has over 700 snaps on offense (70 in 2020) and over 500 special team snaps. Izzo played in 18 games in two seasons with 16 starts and put up better receiving numbers, with 19 receptions for 313 yards with one touchdown. He played over 600 snaps last year on offense but just four on special teams.

Both players are considered better blockers than receivers so they may be fighting for the same spot on the Texans roster. Akins is the presumed starter in Houston and they have some young TE’s in Warring and Jordan.

Alex Kozora actually targeted Auclair as a possible trade candidate back in 2019.

Thomas played two years at Mississippi State after playing in junior college, and had modest statistics. He had 31 receptions for 311 yards and 4 touchdowns. He often lined up outside in college despite his size, and just about any article you find about him will mention his rare combination of size, speed and athleticism.

The Texans took him in the sixth round of the 2018 draft and he spent two seasons there, with his rookie season being his best by far. He had 29 receptions for 215 yards and four touchdowns, but since then has managed just two receptions for 11 yards with a majority of 2019 spent on IR. He spent last year with Arizona and New England before being cut in December. Despite his size he still needs work as a blocker.

The Colts use their TE’s, and Doyle and Alie-Cox are solid contributors. Like other teams, the Colts have youth as well, with Togiai being brought in last year and playing in four games before going on IR. They drafted Granson this year.

Seals-Jones spent his college career at Texas A&M, putting up 123 receptions for 1,442 yards and 10 touchdowns.  Yelder went to Western Kentucky and had one productive season as a senior with 52 receptions, 688 yards and seven touchdowns. Both players went undrafted.

Seals-Jones signed with Arizona and spent two seasons there, with his most productive season in 2018 with 34 receptions for 343 yards and one touchdown. He moved on and played a season in Cleveland and one in Kansas City. He has 60 career receptions for 773 yards and eight TD’s with over 900 offensive snaps and 230 special team snaps. The Steelers showed interest in Seals-Jones in 2019, attempting to claim him off waivers before he ended up with the Browns.

Yelder spent his three season in Kansas City with limited production. He has 10 career receptions for 86 yards, but 2020 he played the most snaps of his career with 194 on offense and 89 on special teams.

Thomas had a breakout year for Washington and behind him there is a mix of players. Bates is a rookie who’s a solid blocker; Hemingway is big-bodied, mismatch player. Reyes is former Chilean basketball player who likely will end up on their practice squad. So one player out of the group of Hemingway, Yelder and Seals-Jones may find themselves on the outside.