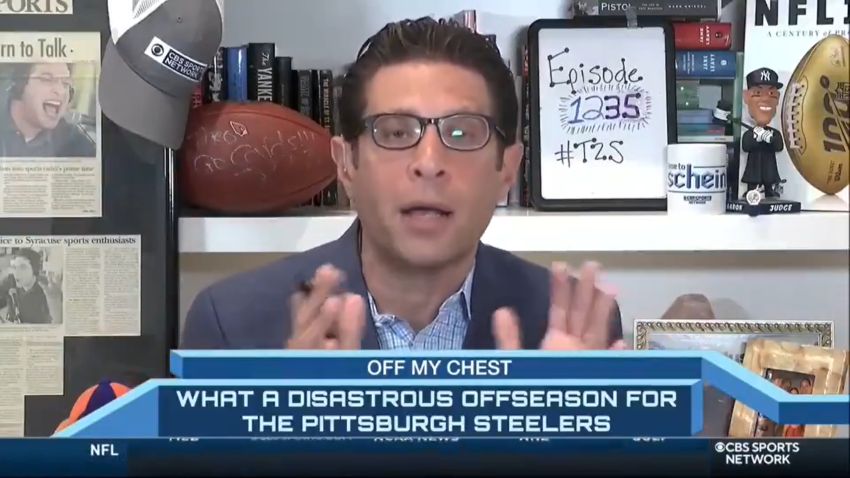 I remember the good old days when I was only tangentially familiar with Adam Schein’s inane ‘Schein Nine’ articles in which he rather arbitrarily fits in nine subjects on a given topic in order to create a list. Over the course of the past year, unfortunately, I’ve also found that he makes appearances, including on CBS Sports, and, well, it’s not the most enjoyable experience in the world.

Schein has been particularly harsh on the Pittsburgh Steelers this offseason, and has seized upon every opportunity to harp on their misfortunes. He opted to do so once again with David DeCastro now out of the picture.

“Plain and simple, this offseason has been a flat out diaster for the Pittsburgh Steelers. They’re poised to have a really rough 2021, I believe the Steelers will finish in last place in the AFC North.”@AdamSchein hass not been a fan of the offseason moves made by Pittsburgh. pic.twitter.com/K2IMTdoj2L

“In no universe is Trai Turner better than David DeCastro”, Schein added of the man the Steelers signed to replace their six-time Pro Bowler at right guard. “They’re only going to have one—one starter who’s gonna return on the offensive line. And it’s not like they made improvements”.

A staunch critic of the team’s running game, he does not see that they have made the requisite improvements to turn things around this year, and that is primarily due to the state of the offensive line, which admittedly is yet to be determined.

“In theory, Najee Harris, who I think is a terrific talent helps, but the problem is, he doesn’t have a line”, Schein said. Nor does the quarterback, he insisted.

“And he has no offensive line, and it’s even worse than last year, and DeCastro was great in terms of intangibles and tangibles, and they should’ve drafted an offensive lineman in the first round. And they spent their top second-round pick on a tight end? I mean, what is that?”.

Of course, many insisted that the Steelers would be awful last year as well, and they won the AFC North, going 12-4. Yes, they ended the season on a 1-4 slide, but nevertheless, the fact remains that they did win 12 games, more than anybody else in the division.