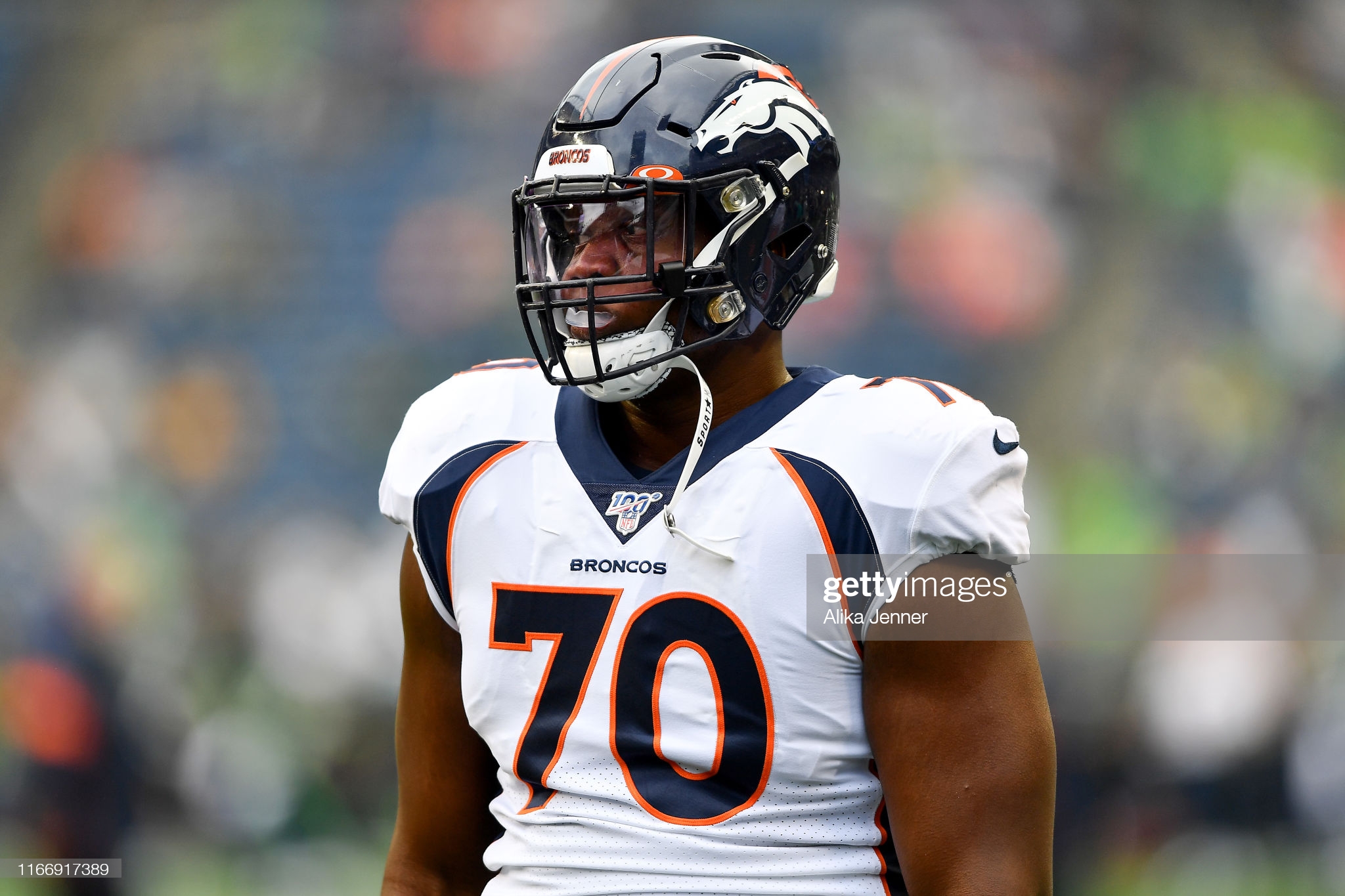 The Baltimore Ravens are continuing to load up on reinforcements along the offensive line. But their latest signing is an eye towards 2022, not this year. According to ESPN’s Adam Schefter, the team is signing OT Ja’Waun James to a two-year deal worth $9 million. James suffered a torn Achilles working out on his own earlier this year, leading the Denver Broncos to release him.

Former Broncos’ OT Ja'Wuan James, who ruptured his Achilles in April, is signing a two-year deal worth up to $9 million with the Ravens, sources tell ESPN. James still has to pass his physical with the Ravens, but it will not include his current injury and no issues expected.

According to Schefter, the Ravens will guarantee James $500,000 this year, effectively paying him around $8 million for 2022.

Ja'Wuan James’ agents, Bill Johnson and Matt Pope, negotiated the two-year deal with the Ravens that includes $500,000 in guaranteed money this year, per source. So the Ravens are paying him $500k to rehab this year and to have him under contract north of $8 million next year. https://t.co/xXe4ESwqYm

This offseason, the player’s union advised its members to not show up for team activities and workout at home. Because James’ injury happened away from approved team facilities, the Broncos weren’t responsible for paying his salary and were able to release him, leading many to wonder if the union’s advice was the correct path to follow.

Baltimore is retooling its offensive line after trading away Orlando Brown Jr. to the Kansas City Chiefs earlier in the offseason. The team also signed former Steelers’ LT Alejandro Villanueva. He’ll serve as insurance to Ronnie Stanley, still rehabbing a terrible ankle injury suffered last season, with the expectation of playing right tackle once Stanley is back in the lineup.

James has filed a $15 million grievance against the Broncos for his release, arguing he was instructed by Broncos’ coaches to train at the facility where he suffered the injury. He started just three games for the Broncos but has 65 total starts, the rest coming with the Miami Dolphins from 2014-2018.

In other Ravens’ news, the team signed RB Gus Edwards to a two-year extension worth $10 million. Edwards has rushed for 2152 yards and 10 scores in three years with the team, helping to make up one of football’s most potent rushing attacks.

Ravens and restricted free-agent running back Gus Edwards reached agreement on a two-year, $10 million contract extension, per his agent @DrewJRosenhaus. Edwards now under contract through 2023 season.