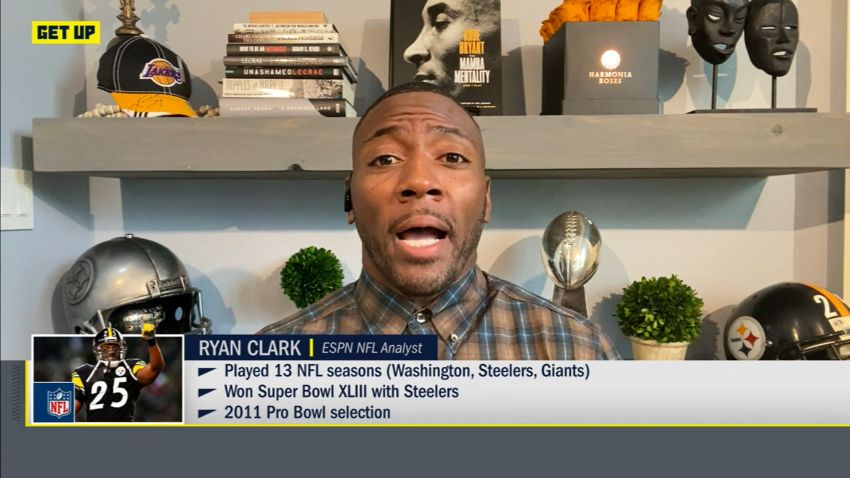 The Pittsburgh Steelers have finished at 8-8 three times during head coach Mike Tomlin’s tenure, but they’ve never been below .500 during that time. While that in itself is impressive, it’s certainly not the goal—and the NFL just made it a lot harder to finish with an even record with the expansion of the regular season to 17 games.

Whether or not the Steelers would finally slip below the .500 mark—for example, with an 8-9 record—was the topic that former Steeler Ryan Clark was asked to weigh in on yesterday during a segment on Get Up on ESPN. The following was his answer:

I hope not. I feel like the NFL has a conspiracy against the Pittsburgh Steelers that says, ‘you know what, they can no longer be 8-8, .500 is no longer good enough, you gotta win nine’, and so now, we have an issue. That’s what’s going on.

When you look at Mike Tomlin and what he’s been able to do, it’s been absolutely remarkable. What he was able to do with Duck Hodges, with Mason Rudolph, without having Ben Roethlisberger a few years ago.

But I believe this year is going to be more difficult. If Ben can’t push the ball down the field, if you can’t move the line of scrimmage, if you aren’t able to protect him as an aging quarterback who can’t necessarily do some of the things from a mobility standpoint that he used to do, I believe that’s going to be trouble.

And when you look at this division, the Cleveland Browns are better, the Baltimore Ravens are better, so this is clearly the third-best team in the AFC North. So what can they do in those tight games, in those close moments? Can Ben Roethlisberger pull it out? That’ll be the difference between a winning season and a losing one.

The Steelers finished 8-8 in 2019, playing 14 games without Roethlisberger, during which they went 8-6 in his absence. They were 9-6-1 the year before that, but went 12-4 last year—even if they finished the regular season on a 1-4 slide.

Since then, they have lost Maurkice Pouncey, Matt Feiler, Alejandro Villanueva, Mike Hilton, Steven Nelson, and Bud Dupree, among some names of lesser significance. They did emphasize the offense in the draft, and made some meaningful changes on the coaching staff.

Clark, though, is right about the AFC North being tough, and we can’t discount the Cincinnati Bengals, either, if Joe Burrow is the real deal. They just got him his favorite college weapon in Ja’Marr Chase, as well, which will be a problem, as long as they can block for him.