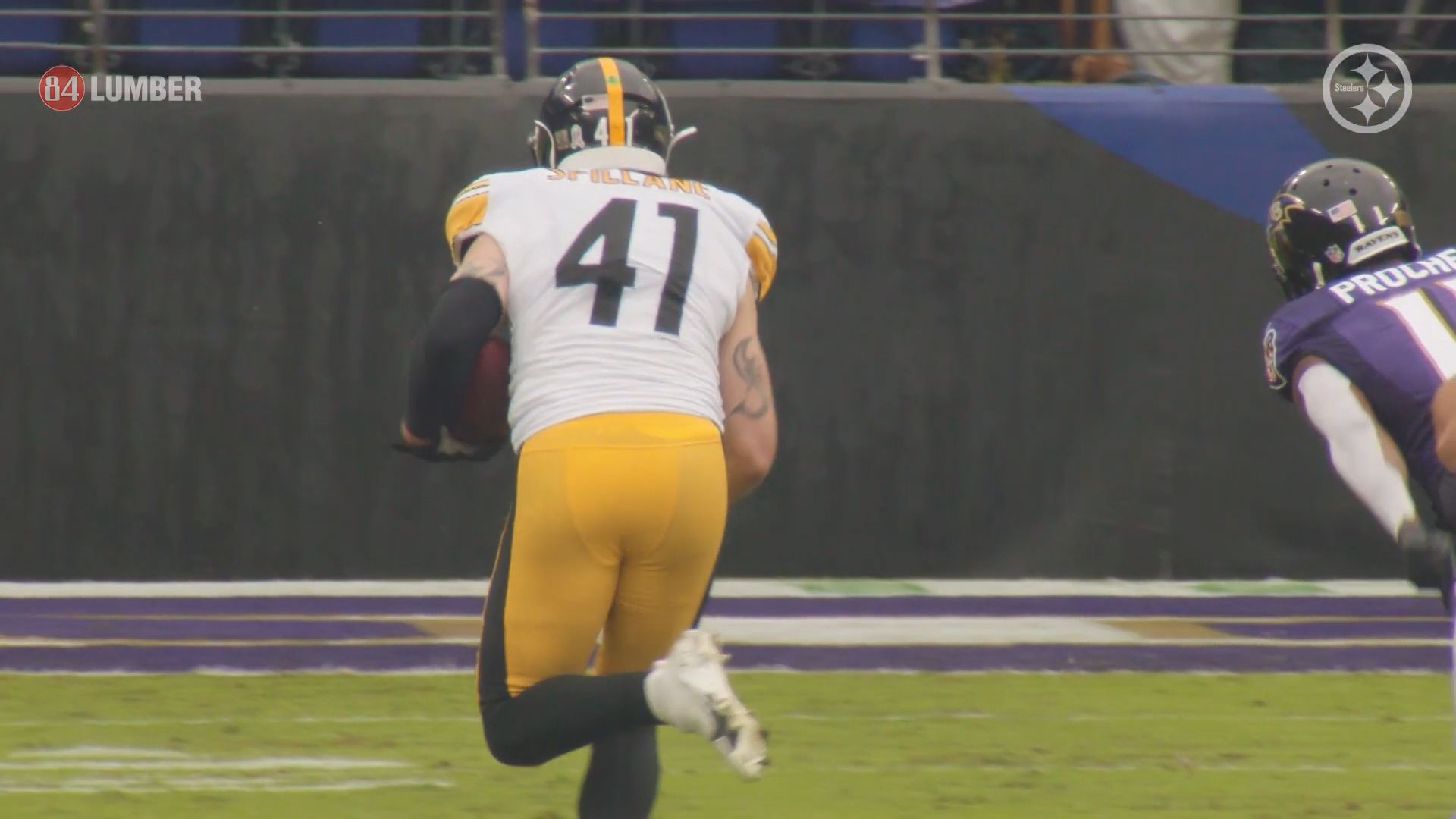 Robert Spillane’s career took a big leap forward in 2020. It took an unfortunate Devin Bush injury to elevate him into the starting lineup but he made the climb from undrafted free agent to making a roster to quality special teamer to a defensive starter. And while all wasn’t perfect last season, Spillane played well. But he’s looking to be even better in 2021.

Speaking with reporters Thursday, Spillane talked about where he’s looking to improve this year.

“Coach Tomlin mentioned how he liked my underneath coverage as a linebacker in my post-year meetings,” he said. “And my hug blitzing abilities. He said, that’s two things that you do well that I want you to focus on doing even better next year. So I look to continue to take from where I left off last season.”

Spillane did well in coverage last year, highlighted by his pick-six of Lamar Jackson in the Steelers’ first meeting against the Baltimore Ravens. According to our defensive charting, QBs had a rating of just 48.7 against him. He was targeted 16 times, allowing nine completions for 99 yards, zero touchdowns, and that interception off Jackson.

His QB rating-against was by far the best of any Steelers’ off-ball linebacker last season. Here’s how each stacked up.

The “hug blitzing” Spillane is referring to is rushing the quarterback when your assignment – often a running back – stays in to block. That gives the linebacker the freedom to attack. Spillane recorded two sacks last season, benefiting from the Steelers’ aggressive scheme that likes to send its off-ball players up the B gap. He blitzed 36 times last season, recording three pressures, and turning two of those into sacks.

Spillane wants to prove he can be an effective blitzer in all situations, too.

“But also I want to show the team that I could be a pass rusher, a viable blitzer and get home to the quarterback in rush and coverage downs. or also be a cover player. So those are two things.”

He’ll compete with Vince Williams to start next to Devin Bush this season. There could even be a rotation of all three players to maximize the team’s depth and talent at the position.