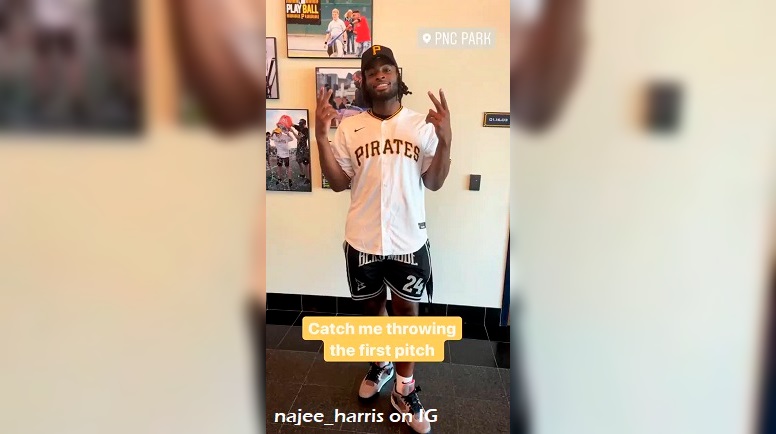 The Pittsburgh Pirates will host the Miami Marlins Saturday afternoon at PNC Park and that game should be getting underway in less than an hour. Pittsburgh Steelers rookie running back Najee Harris will be present for the Saturday afternoon game and according to his latest post on Instagram, he will throw out the ceremonial first pitch.

Harris, the Steelers first round draft pick this year out of Alabama, is already fitting in quite well in Pittsburgh and with the other major sports teams in town as well. He, along with the rest of the Steelers draft picks this year, were present for a Pittsburgh Penguins playoff game against the New York Islanders a few weeks ago. The Penguins unfortunately lost that game, however.

With the Steelers OTA sessions still ongoing, several players remain in Pittsburgh over the weekend. A few of them have even been spotted at PNC Park watching the Pirates play. In fact, Friday night we saw that rookie tight end Pat Freiermuth and backup quarterback Dwayne Haskins were both present to watch the Pirates beat the Marlins.

We will pass along footage of Harris’ first pitch Saturday afternoon as soon as it hits Twitter.

Najee Harris on IG. Throwing out the first pitch Saturday for the #Pirates at PNC. #Steelers pic.twitter.com/YpS0hYB6SJ