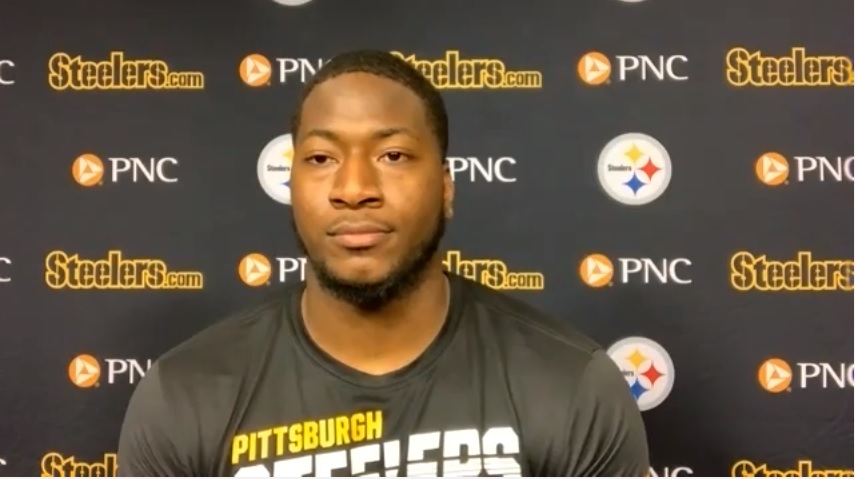 I believe one of the most important lessons that everybody should learn early on in their lives is that you can’t see everything that a person might be dealing with or have gone through just by looking at them. The most positive person in the world might have a truly difficult life, or vice versa.

You might not know it just to be around him, but Quincy Roche has dealt with Tourette Syndrome throughout his life. Yet he recently talked to Teresa Varley for the Pittsburgh Steelers’ website about how he has learned to live with it, and even to use it to his advantage when it comes time to take the field.

“It’s not something you can just get rid of”, he acknowledged. There is no cure for the nervous system disorder, though there are treatments to reduce the tangible symptoms. “I will have it my whole life. You get better at dealing with it. It gave me an advantage in sports because I am able to focus the way other people can’t. You are forced to”.

While Tourette Syndrome has often been portrayed comedically as causing people to randomly elicit profanities, it’s estimated that hundreds of thousands of children have been diagnosed with the disorder, with perhaps twice that amount having gone undiagnosed.

Tourette syndrome causes an individual to experience uncontrolled (or difficult to control) physical and verbal tics, involuntary bodily movements such as an arm jerking, or an excessive clearing of the throat, humming, or, indeed, the explication of some verbal communication—which is far from limited to profanity.

“Instead of taking medicine, I used techniques and exercises I learned to overcome”, Roche said of how he has dealt with it since childhood. “Breathing exercises, focusing. I used to do a lot of things with my hands. I used to build a lot of things growing up. You learn how to control your thoughts, your mind and what is going on in your body. You become more self-aware. It’s not easy at all”.

But, as he said, it can cause you to teach yourself discipline just in order to control the symptoms of your disease, which can have indirect positive effects on other aspects of your life. I suspect that football has been one way for him and others with the disorder to keep their focus.

Many, many players have come and gone through the league who have some sort of invisible ailment that they must deal with, whether it’s asthma, epilepsy, sickle cell anemia, and numerous other things. We can’t see what they’re going through, but just like most people in everyday life, they persevere through their own private struggles. And for those who might be going through the same thing, it helps when a public figure speaks about them.