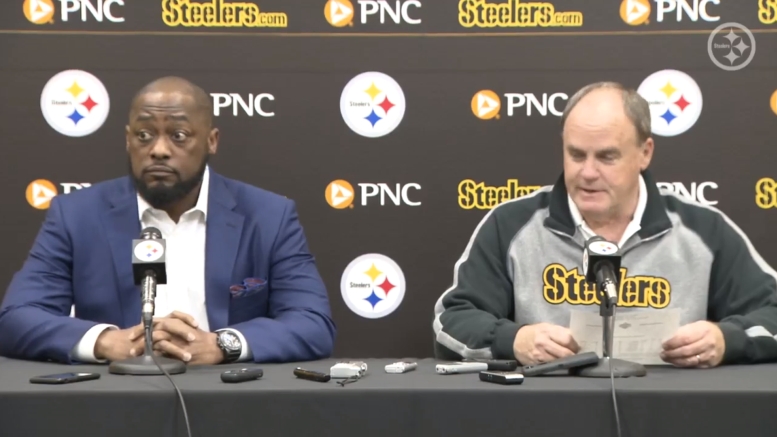 The Pittsburgh Steelers are one of those teams who prefer to be close to the salary cap. The logic is that if you’re leaving too much meat on the bone, then you’re not doing everything you can to maximize your chances of winning in any given year.

While the merits of that approach can be debated, it is one of the guiding principles the Steelers have held for years. And that should probably be kept in mind before continuing on, as Pro Football Focus estimates that they have the most ‘Effective Cap Space’ over the period of the next three years.

Simply put, effective cap space is an early look at what a team’s cap situation in the future will be from today’s perspective—and it should be understood that it will look dramatically different when we reach that future point. But for now, PFF estimates the Steelers to have more than $231 million in effective cap space between the 2021 and 2023 seasons, more than anyone else in the NFL. The New York Jets are the only other team even over $190 million.

Don’t get too excited, though, because looks can be deceiving. While they rank first in projected cap space, they also rank 18th in prorated money due over the next three years, 16th in Top 51 Veteran Valuation, and 24th in 2022 UFA Valuation. In these metrics, the further down the rank you are, the more spending you have. Pittsburgh’s free agent class in 2022 is estimated to be worth over $132 million, with only a handful of teams higher.

Piecing everything together, PFF ranks the Steelers 17th in the league in terms of their overall salary cap health over the course of the next three years, which is probably still better than most would imagine, though that involves a big quarterback salary coming off the books.

The upcoming campaign is all-she-wrote on this current iteration of the Pittsburgh Steelers led by quarterback Ben Roethlisberger, but they know that as well as anyone. The Steelers only have roughly $52 million in active cap spending for the 2023 season; the next-lowest team has almost $70 million. They’ll make one last push with Roethlisberger and then hit the reset button as they build around edge defender T.J. Watt on defense and young wide receivers Diontae Johnson and Chase Claypool on offense.

The reality is that, by the time we actually get to March of 2022, and March of 2023, the Steelers’ salary cap situation is going to look dramatically different than it might appear now. Through re-signing their own players and adding in free agency if they have the spare change, they’ll find a way to max out their allotment, or come close to it, as they basically always do.