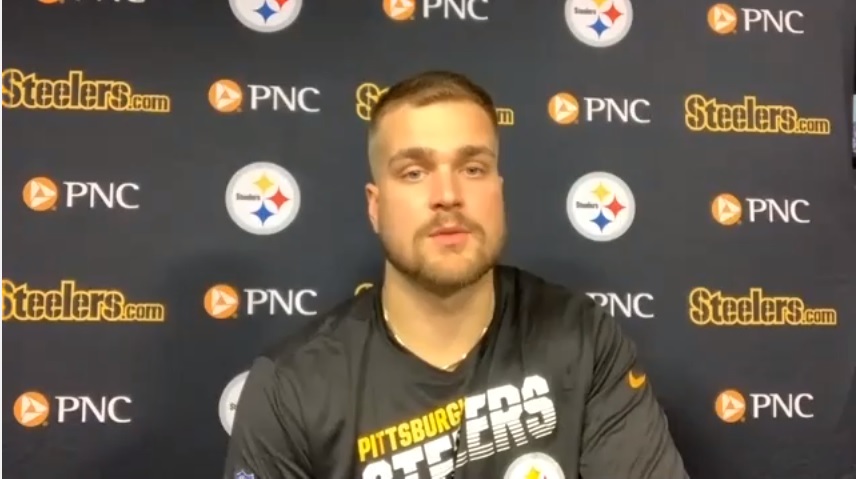 Yesterday, CBS Sports’ Chris Trapasso ranked the five most impactful rookie tight ends for 2021. And the top two appear in the order they were drafted. Top billing obviously went to Atlanta’s Kyle Pitts but Trapasso ranked Pat Freiermuth second on his list.

Here’s what he had to write:

“While I don’t view him as a serious separator or tight end who’s particularly fast for the position, he can be an asset in the short-to-intermediate passing game. He’s a quality blocker too.

And, yes, the Steelers still have Ebron as their top tight end. But new offensive coordinator Matt Canada is a major two-tight end proponent. Freiermuth, the No. 55 overall pick, is going to be on the field and a distinct part of the Pittsburgh offense as a rookie.”

An accurate scouting report on Freiermuth. While he didn’t test at his Pro Day due, it’s unlikely he would’ve put up any remarkable numbers. At best, he’s an average athlete for the position who isn’t going to run away from many guys but can use his size to break tackles and fall forward through contact. His best trait in the passing game is a player with quality hands willing and able to make combative catches over the middle of the field. The perfect security blanket for a quarterback.

Still, unless there’s an injury to Eric Ebron, it’s hard to imagine Freiermuth putting up big numbers in 2021. While Matt Canada may embrace 12 personnel, he’s also going to make good use of the strong receiver room he has. Putting Freiermuth on the field means taking one of Diontae Johnson, Chase Claypool, or JuJu Smith-Schuster off the field. Overall, the Steelers’ 12 personnel usage probably won’t change too terribly much, leaving roughly 500 snaps for Freiermuth his rookie season.

As we showed in a recent study, tight ends have a steep learning curve in Year One. On average, Day Two selections record about 21 catches for 250 yards and two touchdowns their rookie year, numbers that fit Freiermuth well for this season.

If you’re wondering what some of the best seasons for a Steelers’ rookie tight end are, Heath Miller posted a 39/459/6 line in 2005 while Eric Green had a 34/387/7 showing back in 1990. The odds of Freiermuth reaching those stats are low, though his size and sure-handedness makes him an interesting red zone threat.

Ranked behind Freiermuth was the Panthers’ Tommy Tremble, the Texans’ Brevin Jordan, and the Rams’ Jacob Harris.