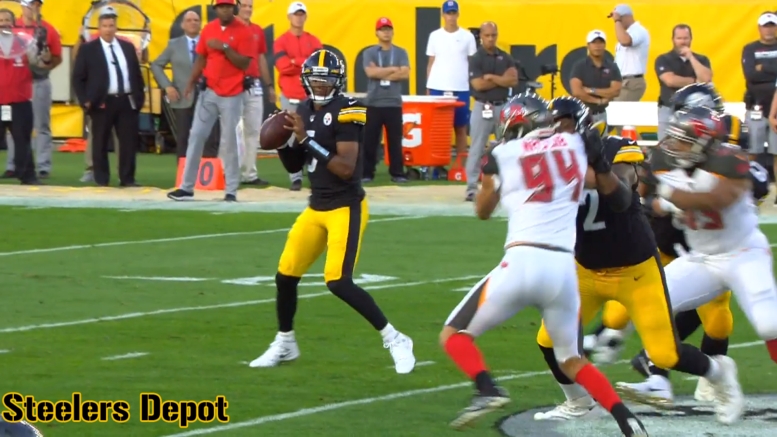 There’s not much “new” for us to talk about with Josh Dobbs compared to the last training camp we watched him back in 2019. We couldn’t see him in camp last season, there was no preseason, and of course, Dobbs barely played in 2020. He completed four passes for a grand total of…two yards, a package option for a brief point in time.

So I’m going off what I’ve seen from Dobbs pre-2020. There’s certainly talent and positive traits there. His mobility, his football IQ, if the dude ever wants to go into coaching, I think he has a future.

But the persistent issue with him has been inaccuracy. It’s less of an issue downfield. It’s more of a problem on short and intermediate routes, especially crossing patterns where he has to hit a receiver in stride. We’ve written about it before. While Dobbs hasn’t had a lot of opportunity to improve, I’ve yet to see any signs of it getting better.

The best way to objectively illustrate that is through training camp stats. And I know, camp stats is about the nerdiest and potentially most pointless thing to talk about. But we have a large sample size not only from Dobbs but from Steelers’ QBs over the years to compare and contrast to. And Dobbs has consistently had among the worst completion percentages since we’ve been tracking that kind of data. Here are the bottom four.

What that number was last year, I obviously couldn’t tell you (and neither could anyone else, probably including Josh Dobbs). And to be fair, that number leaves out context. It leaves out depth of target, drops, breakdowns in protection, and all the other factors a simple stat can’t tell you. But it’s a consistent red flag for Dobbs and an issue other quarterbacks in Latrobe over the years haven’t had to this degree (aside from a UDFA fourth-stringer like Houston, not company you want to keep). And it’s certainly one number we’ll be tracking this summer, provided we can make it out to St. Vincent College.

To me, the winner of the Haskins/Dobbs battle for third-string quarterback rights come down to whoever is the more consistently accurate passer. Both have struggled with their accuracy since entering the NFL and Matt Canada’s offense requires RAC (run-after-catch) throws, especially in the quick and horizontal passing game. Whoever the coaching staff trusts more in that area will win the job.