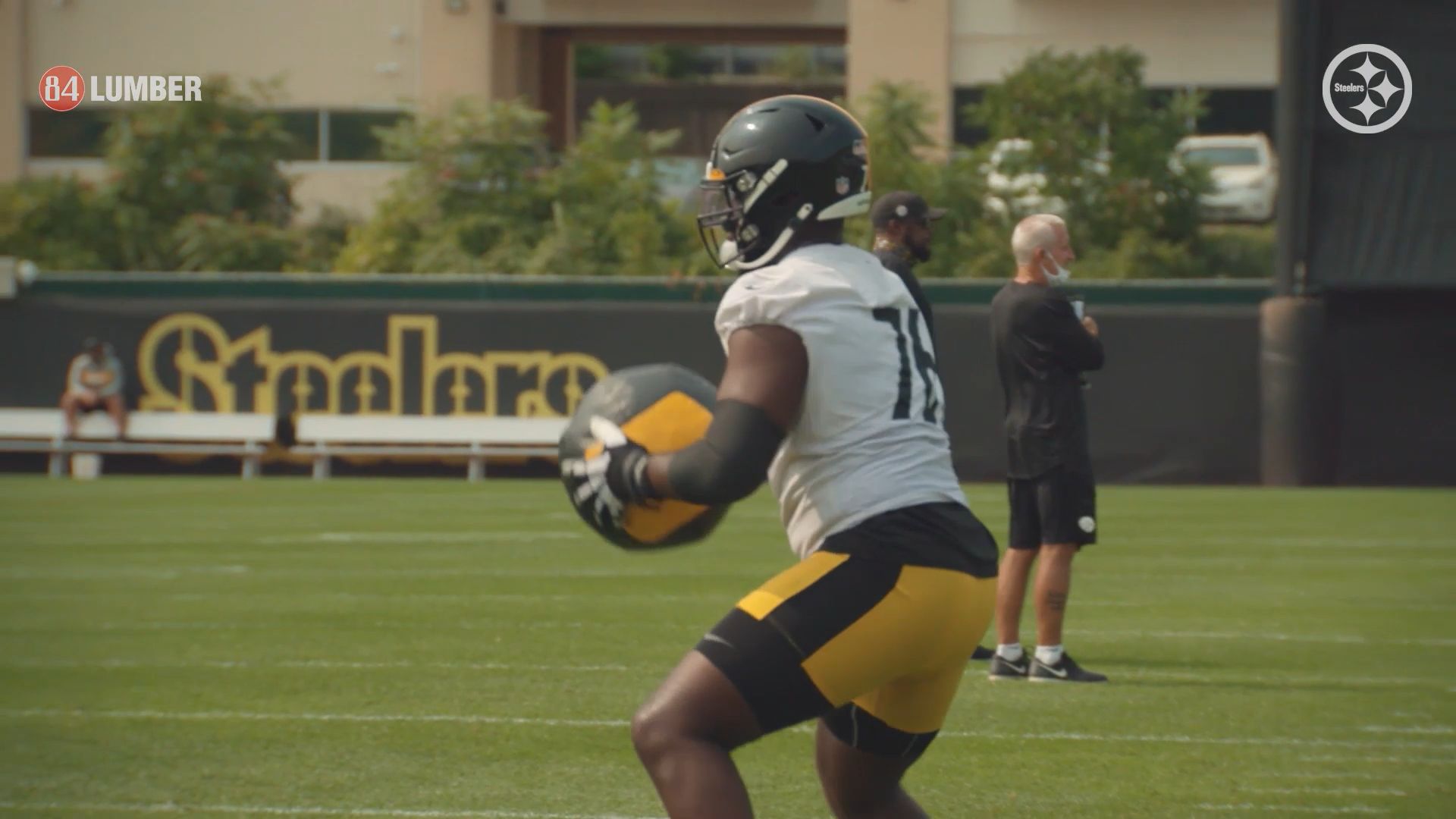 Chukwuma Okorafor has had a rocky start to his NFL career. A third-round pick in 2018, he spent most of 2019 as a gamely inactive. An audition to start at right tackle in 2020 had him among the worst in the league at the position.

He showed enough to build off of, though, that the Pittsburgh Steelers are entrusting him to left tackle — the most critical position on the line, and the one protecting Ben Roethlisberger’s blind side in the quarterback’s potential final season. The move across the line brings Okorafor back to where he played in college at Western Michigan. That’s the spot new Offensive Line Coach Adrian Klemm thinks Okorafor is better suited to play, and he has already come away impressed with what Okorafor has displayed this offseason making the move.

“I’ve always thought that Chuks, he’s such a talented individual. He’s so athletic, the one thing you’d just like to see him is be a little more physical, and that’s one of the things even without pads, we’ve seen him more willing to be that. I think he’s a guy that is a natural left tackle, but just playing right,” Klemm said during a Thursday afternoon media session at mandatory minicamp.

Klemm wants all his linemen to play a more physical style of football this season, to re-establish a running game that was worst in the NFL in 2020. But he has to see it especially out of Okorafor at left tackle after a season where he failed to win a starting job, and then allowed 29 pressures and 21 hurries as an injury replacement for Zach Banner at right tackle.

A move back to the position that got him drafted on Day 2 is a big step toward helping the fourth-year blocker. Okorafor has positive tape on his resume, specifically a showing against Von Miller from his rookie season. He needs to show more of that and more consistently, and the tutelage of Klemm is already helping in camp, according to the coach.

“I’ve liked what I’ve seen so far. He still has some things that he can improve on, but he’s been up for the challenge,” Klemm said.