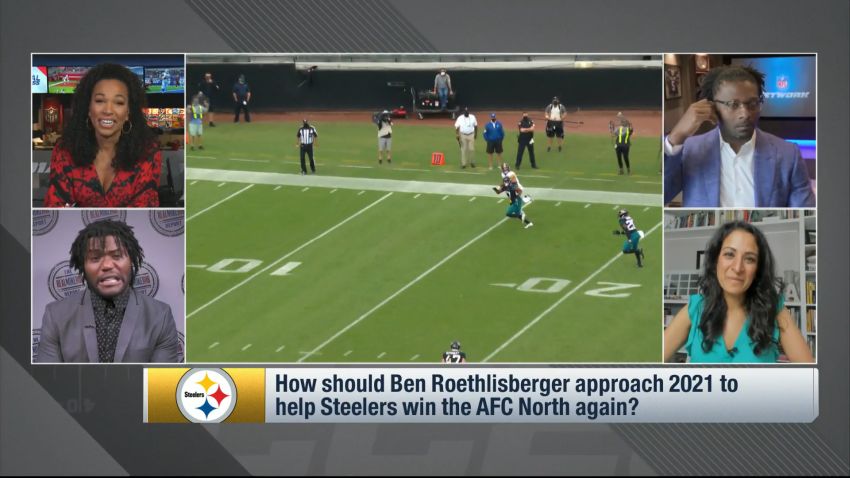 Stop me if you’ve heard this one before, but Pittsburgh Steelers’ quarterback Ben Roethlisberger is facing a lot of skepticism as he enters his 18th season. While he led the Steelers to a 12-4 record last year and an AFC North title, the offense in particular fell apart at the end of last season. Now 39 and with a surgically-repaired elbow, it’s not hard to find skeptics.

You can include Mike Rob in that category, as he expressed his doubt about Roethlisberger’s ability to deliver for the Steelers this year while taking part on an NFL All Access program discussing the quarterback’s OTA remarks earlier this week.

“He should have a chip on his shoulder, and that chip may look like me, because I don’t think he can do it”, he said. “I’m just gonna be honest with you guys. Ever since this team had to lean on Ben Roethlisberger’s arm, they put up great numbers; at the end of the year, it looked great, but I bet if you ask Mike Tomlin, he’d bring down those passing numbers, add some rushing numbers, and actually win some playoff games, and possibly go to a Super Bowl”.

Of course, the Steelers are endeavoring to bring change to their offense, including enhancing the running game. They used their first four draft picks on a running back, a blocking-capable tight end, and a pair of offensive linemen. They also swapped out their offensive coordinator and offensive line coach, who bring a different philosophy to the table.

“It seems like they’re trying to teach an old dog new tricks, and I believe he doesn’t want to get under center, because that’s a lot of running, back and forth running”, Rob said. “I don’t think Ben Roethlisberger’s the same guy that he used to be. We’re accustomed to Ben Roethlisberger getting out of danger, holding onto the ball, making those off-script plays. I just haven’t seen it, and I think that’s why you saw an offense last year that was throwing the ball over 40-some times a game”.

Roethlisberger did lead the league in pass attempts per game a year ago among quarterbacks who played more than five games, averaging 40.5 passes over 15 games. He only ranked 15th by the same metric, however, in passing yards per game. He was also sixth in touchdowns per game, and he ranked way down the list for interceptions.

As Aditi Kinkhabwala also said on the program, “Ben Roethlisberger has made a career out of making fun of people who doubt him. He plays with an enormous chip on his shoulder, and he has spent the entire offseason listening to people say that he is done. He cannot do this. He cannot play in the NFL right now. And he certainly acknowledged that that will indeed motivate him”.

Motivation and productivity don’t always see eye to eye, however. Will he produce in the way the Steelers will need him to this year — in a way that will win them games, not just in October and November, but in January and February?