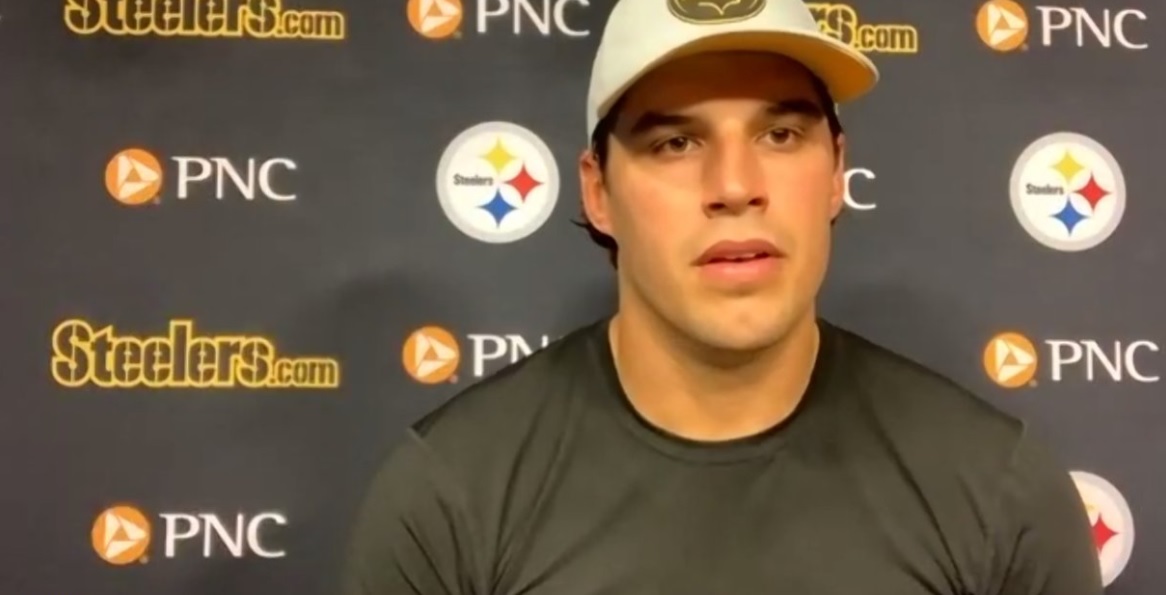 While the story of the 2021 season for the Pittsburgh Steelers may be centrally focused on Ben Roethlisberger’s last ride (or at least as it’s presumed), the more significant long-term impact was the hiring of Matt Canada as offensive coordinator, who in theory should remain here for a number of years—if his offense works.

That’s why it’s significant that his offense is being put in place now, and working not just for Roethlisberger, but also for Mason Rudolph, and Joshua Dobbs, and even Dwayne Haskins. All of them are learning a new offense with new terminology, though Rudolph told reporters last year that there is some familiarity in certain respects.

“I think there’s a lot of carryover from last year, things we installed early on”, he said. “It wasn’t the whole package; the entire offense was not in last year. But the basic terminology was there, and I think Josh [Dobbs], Ben [Roethlisberger], and I have a good feel for that”.

“But there is a lot of new. Without talking in detail, it has taken some study time”, he admitted. “For the last three years, we’ve really had the same terminology, with the exception of adding a couple concepts each year. It took some time. It took some flashcards to be written, study up a bit, but it’s been fun”.

It’s not as though Canada is expected to unleash an entirely unique system upon NFL defenses this year. Basically everything that he is installing, or at least that we can assume will be a part of his offense, is already in use by other offenses, sometimes as their dominant strategy.

But it’s not just about installing an offense. It’s also about selling it to your players and executing it well. A good offensive coordinator’s main job is to get his players to run any play that he gives them with maximum effectiveness, which requires them both to understand what they’re doing and to believe that it will work.

That’s where Canada seems to be doing well so far. Everything that we have heard from his players has been positive in terms of their buying into his ideas. While they’ve acknowledged that it’s a bit of a learning curve, the general belief seems to be that it will  be for the better, and that he’s the man for the job.

“Matt’s got a lot of great concepts. He’s bringing a lot of energy to our offense”, Rudolph said. “He’s very detail-oriented. He’s a great teacher. He’ll be out there, and he teaches. It’s his baby, it’s his offense, so he knows it. He’s been great giving us direct answers”.

I’m sure Canada would love to make this post at the Steelers a long-term position, in contrast to his history. Though he’s been coaching for 25-plus years, he’s never spent more than four years in any one spot, that being his time at Indiana between 2007 and 2010.