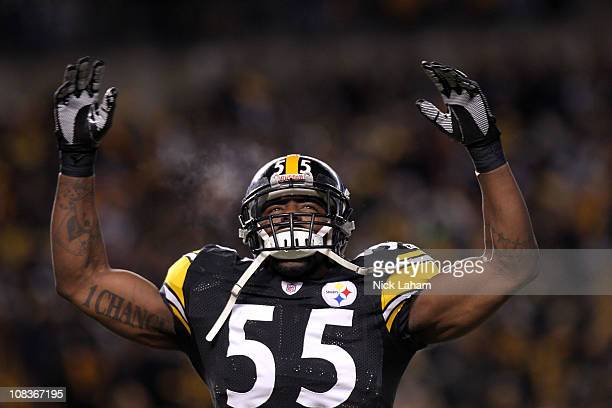 Bringing back a name I’m guessing you haven’t heard in awhile. Sorta the point of the series, I know. Sylvester was the Steelers’ fifth round pick in the 2010 NFL Draft. The fact he played college football, let alone was drafted into the NFL, is a pretty cool story.

Sylvester had just one offer coming out of Valley High School in Las Vegas, Nevada — Utah’s. And that offer almost didn’t happen. Playing in a small town in a tiny conference, his high school coaches had to convince Utah to come to one of his games. They only stopped by because the Utes were playing UNLV that week. But they liked what they saw from Stevenson, offered him a scholarship, and he jumped on the chance.

Despite entering college at 190 pounds, he quickly went from light recruit to potential immediate starter. He recalled his freshman year in a 2020 interview with KSL.

“I got here and they said that I had a chance to start as a true freshman,” he said. “That was all of the incentive that I needed. I knew that I had to take this seriously.”

Sylvester didn’t become an every-down player, but he saw the field. In 2006, he recorded 22 tackles and his first interception, which he returned for a 45 yard touchdown against Utah State. He became the Utes’ starting linebacker the next three seasons. With solid production each year, he finished his college days with 262 tackles (24.5 for a loss) nine sacks and two interceptions. In his final college game, he picked off Cal QB Kevin Riley for a 27-yard touchdown, icing Utah’s bowl win over the Golden Bears. Meaning, Sylvester housed both of his college interceptions. Pretty cool.

At the 2010 Combine, he ran a respectable 4.71 at 231 pounds. He fell to the fifth round of the draft before the Steelers made him the 166th overall pick.

His career can be summed up as a quality special-teamer. As a rookie, he recorded 14 tackles and forced one fumble. The latter came in Week 2 against the Titans. Most people remember the game’s opening kickoff, Antonio Brown taking a reverse from Mewelde Moore and sprinting into the end zone. On the Steelers’ ensuing kickoff, Sylvester punched the ball out of kick returner Marc Mariani’s hands, the ball recovered by LB Keyaron Fox. Unfortunately, a Dennis Dixon fumble caused the Steelers to come away empty-handed.

He made two career starts, the first coming as a sophomore in 2011 against the Patriots. It was a legitimate start, not a weird sub-package quirk, but he didn’t register on the stat sheet that day, a rare Steelers’ win over Tom Brady. Sylvester finished the year with just seven tackles.

His final/other start came in the 2013 Week 17 finale against the Browns, logging 41 snaps and recording three tackles. 2013 would be his final year with Pittsburgh. He signed with the Bills right before 2014 camps opened, but tore his petallar tendon just over a month later. He rehabbed, got healthy, and attempted to make an NFL comeback, but no team came calling.

There isn’t a ton of information about what he’s up to today. He went back to his high school for at least one motivational speech to its struggling football program. And he’s moved to Salt Lake City to be near home and where he spent his college days. If his post-playing career is anything like his pro days, he’s probably making an impact in his community, too.

Stevenson Sylvester. Your blast from the past.