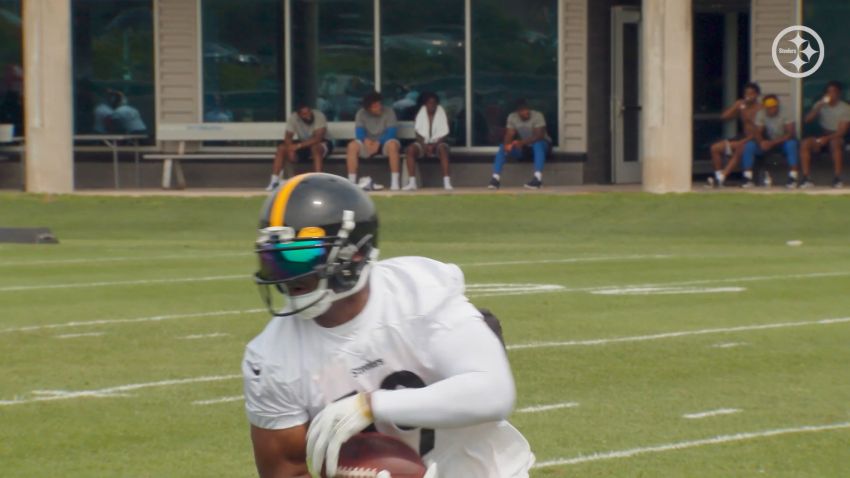 Early success can prove to be an illusion, and is not always predictive of continued success—or at least success at the same level. Pittsburgh Steelers wide receiver JuJu Smith-Schuster had a great rookie season, and then followed it up with a great second season, which earned him a trip to the Pro Bowl.

Extenuating circumstances or not, the past two years simply have not been the same. He scored a career-high nine touchdowns last year, but averaged running back numbers in terms of yards per catch. He was getting the ball four or five years past the line of scrimmage on average, but teams want to see results.

The result of this offseason was that he wound up back in Pittsburgh because he couldn’t find a team willing to pay him what he feels he’s worth. He’s hoping to put together a strong bounce-back season and hit a rebounded market in 2022.

This is the definition of a make-or-break season, so it’s appropriate that Chris Roling of Bleacher Report included him on a list of seven players who were entering that type of critical year in 2021. The good news for him, of course, is that he’s still young. Roling writes:

One could suggest JuJu Smith-Schuster was in this same category last year and flopped, which may have played a role in the way the market received him this offseason.

In what seemed like his last year with the Pittsburgh Steelers, JuJu had another chance to prove he could be a team’s No. 1 wideout and struggled, catching 97 passes for 831 yards and nine scores on a brutal 8.6 yards per catch.

After finding a soft market amid a deep wideout and draft class, JuJu re-upped with the Steelers on a one-year deal worth just $8 million.

As it stands, JuJu has yet to shutter the narrative that his one elite season (2018) was a byproduct of playing on the same team as a prime Antonio Brown. Projecting into next offseason suggests the free-agent wideout class and draft class will be just as deep, so odd as it seems for a 24-year-old receiver, JuJu might have just one more chance to get that monster second contract.

What is the bigger variable: The absence of Antonio Brown, or the absence of a healthy, big-armed Ben Roethlisberger? Because he hasn’t had either one of those for the past two years. He’s presumably not going to have either one this year, either.

So how exactly is he going to change the narrative? He’s talked on multiple occasions this offseason about his desire and expectation to play on the outside more this year, which should afford him more high-quality opportunities, for one thing. But if he comes in under 1,000 yards again, it’s hard to see him earning that big deal.