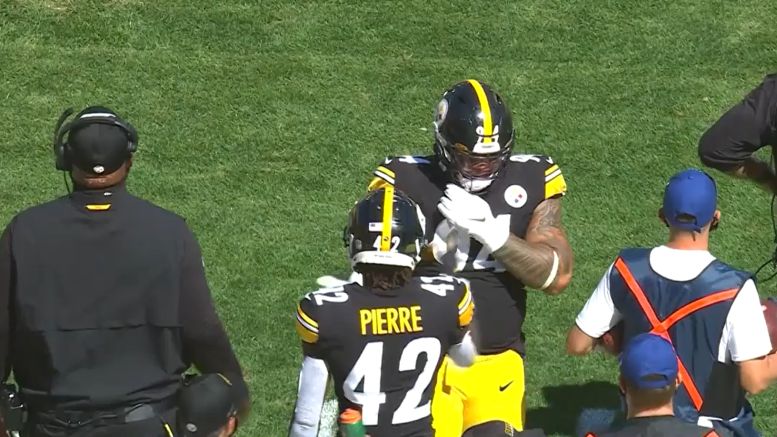 James Pierre may not have seen much time participating on the defensive side of the ball during the 2020 season, but the second-year Pittsburgh Steelers defensive back did spend a good deal of time on the field. He became a plus special teams player across 227 snaps during his rookie season as a college free agent out of Florida Atlantic.

Head coach Mike Tomlin believes that he can build off of that experience, not just for Danny Smith, but as a defensive player, also offering that historically, most players who start out as consistent performers on special teams demonstrate the ability to do so on offense and defense as well.

“I saw consistent, varsity gunner play”, he said of Pierre’s rookie season a year ago, “and oftentimes when you have that level of consistency and performance in a special teams area, it’s often an indication of advancement or maturity and growth opportunity in the other phases as well”.

“I think over the course of my time here, the young guys that are consistent in performing in that area usually ascend within the offensive or defensive unit”, he added, “and so it’s reasonable to expect him to do that. He got a lot of in-game experience last year, although it was in the special teams area”.

Pierre did log a total of 35 defensive snaps in 2020, including eight snaps in the Steelers’ lone postseason game. That playing time came largely as a replacement for others who were unavailable; for example, Joe Haden was on the Reserve/COVID-19 List during the final two games, during which Pierre saw most of his defensive snaps.

In all, he finished his rookie season with 10 tackles, including one for a loss, the majority of which of course came on special teams. He also recorded a pass defensed across his eight snaps played against the Cleveland Browns in the postseason, along with two tackles (both on special teams).

“I think that field time and that game-speed exposure will help him in his growth and develop”, Tomlin said of his special teams experience last year and how it can impact him going forward. “I think it’s reasonable to expect him to utilize that experience as a catalyst for his growth on defense”.

Pierre is one of the leading candidates to ascend into a starting role this year after the Steelers lost Steven Nelson and Mike Hilton in their secondary, two of their top three cornerbacks. Cameron Sutton will take over one position, but they are seeking the best option for the other.

Should Pierre prove to be their best option for the fifth defensive back, he will presumably play on the outside when the Steelers move to their nickel or dime defense, with Sutton sliding down into the slot. Among the other options are Justin Layne, Arthur Maulet, Tre Norwood, and Shakur Brown.