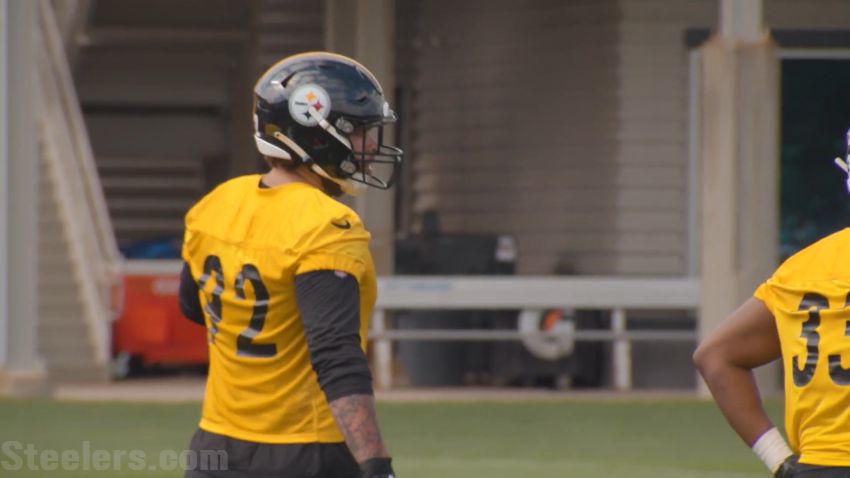 There probably hasn’t been a single draft class in NFL history that hasn’t been questioned for one decision or another. The odds of getting it 100 percent right are slim to none, and everybody tends to have different opinions about prospects as they come out of college, anyway.

For the Pittsburgh Steelers this year, the head-scratching move was their decision to trade a future fourth-round pick in order to trade into the fifth round this year and draft Wisconsin defensive lineman Isaiahh Loudermilk. Not only did most view the position as stable, many felt the prospect was closer to a priority free agent than a mid-rounder.

The Steelers clearly disagreed, and made clear that they traded a fourth-rounder to draft him because they believed that’s what he was worth. They were intrigued by his size and tape and wanted to bring him in. While that won’t change his work ethic, Loudermilk appreciated that all the same.

“Getting drafted made me feel extremely good, but knowing that they traded up because they didn’t want to have someone else get me makes me feel 10 times better”, he told Missi Matthews during an interview posted on the team’s website on Thursday. “Just knowing that they had the trust and faith in me just from watching my film, and speaking with Coach, it just makes me feel good”.

“I was gonna come in and work the same either way, but that part definitely makes me feel a little bit better”, he added.

The thing is, it’s not immediately clear where he fits in. The Steelers retain their three starters in Cameron Heyward, Stephon Tuitt, and Tyson Alualu, all of whom are at least under contract through 2022. They also re-signed Chris Wormley on a two-year deal, while both Isaiah Buggs and Carlos Davis have two and three years remaining on their contracts, respectively. Plus, there’s Henry Mondeaux, a second-year exclusive rights player.

All seven of the aforementioned finished the season on the 53-man roster a year ago, and they normally keep six. When you have that and then add another to the mix, you have to question how everything gets pieced together.

Will they be more likely to carry seven defensive linemen this year? Or will they just have that much more competition at the end of the day? The ability to retain veterans of any level of experience on the practice squad, a change implemented last year, does help a bit.

My very early prediction is that Wormley, Davis, and Loudermilk will be the three reserves along the defensive line behind Heyward, Tuitt, and Alualu. The Steelers are likely to keep two linemen on the practice squad, and both Buggs and Mondeaux figure to have a shot of not being claimed.