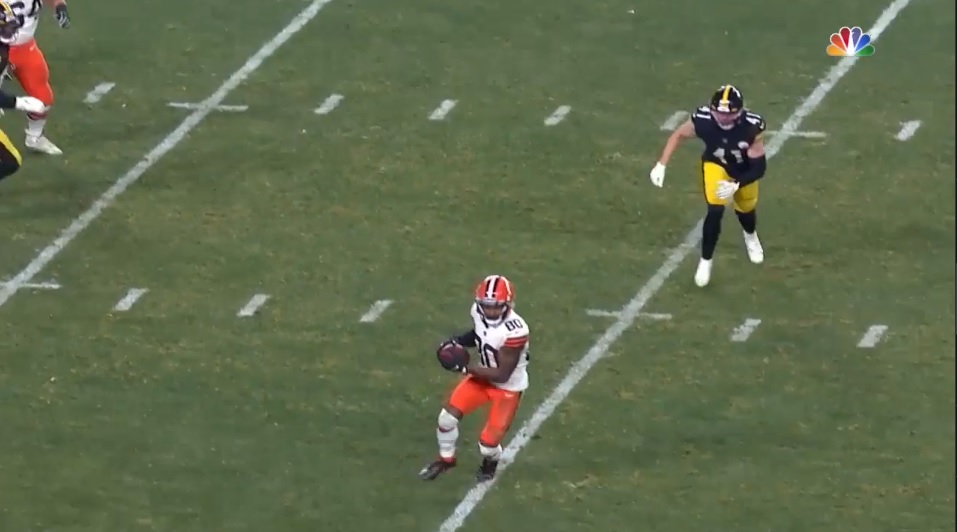 In the Pittsburgh Steelers’ Wild Card loss to the Cleveland Browns last season, Robert Spillane didn’t fare well against receiver Jarvis Landry. Several times, including in key moments, the Browns aligned Landry in the slot against Spillane. To no one’s surprise, Landry repeatedly won those matchups as the Browns won the game and ended Pittsburgh’s season.

While Spillane struggled, Devin Bush thinks he could’ve gotten the job done. He spoke with reporters on Wednesday and made that point crystal clear.

“Yes,” he said when asked if he could cover Landry. “A hundred percent.”

Based on how the Steelers have played things for several years, Bush will probably get to find out if he can do it.

As a refresher, here’s how things have gone. Offenses will come out in a heavy, run personnel. Say it’s 12 personnel with one running back, two tight ends, and two wide receivers. The Steelers, naturally, respond with their base 3-4 personnel. The opposing offense will then go empty and spread the field five-wide. In responding, the Steelers routinely matched up linebackers on #3 wide receivers, be them true slot receivers or #1 wideouts shifted inside, instead of traveling with their cornerbacks.

Here’s how it looked in the Wild Card game last season. This is a 3rd and 2 that results in a 17-yard completion to Landry, working over Spillane. 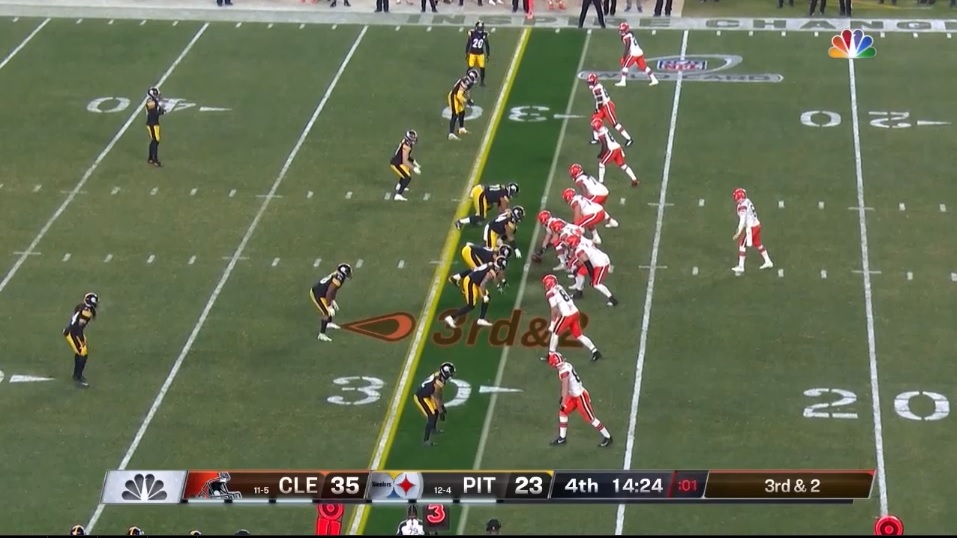 Presumably, it’s all in an effort to disguise coverages. Walk a linebacker out on a running back and you’re declaring man coverage. Match the linebacker over slot and it’s harder for the QB to decipher your coverage.

Sure, Bush is an impressive athlete and if there’s anyone who is going to have a chance to make a play, it’s a guy like Bush. But it’s still putting him in an incredibly tough situation. Just as bad, it’s asking your cornerback to cover a running back. It simply isn’t putting your players in the best position to succeed, and it’s burned the Steelers over and over.

In the final two games of the 2020 season, the regular season finale and Wild Card game, the Browns were 11/13 for 128 yards when throwing out of empty in a heavy personnel grouping.

Steelers’ coaches have chalked it up to poor execution. Yesterday, Minkah Fitzpatrick blamed it on injuries. Until the team makes schematic and philosophical adjustments, they’ll keep getting the results they have been getting. Which means routinely losing these matchups. Ask a linebacker to cover a wide receiver and you’re asking for trouble.