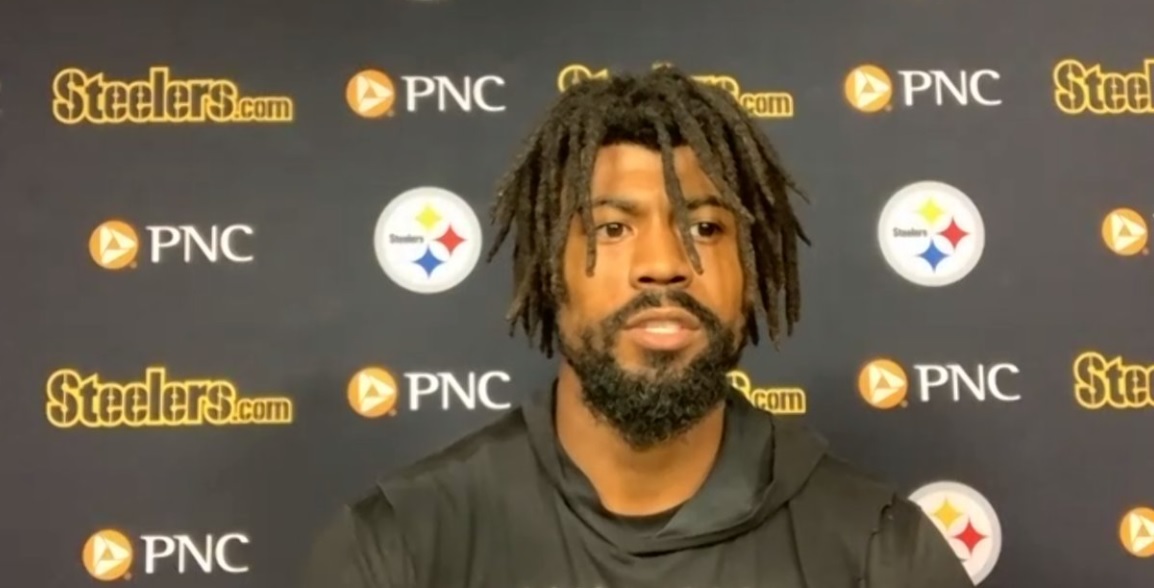 The Pittsburgh Steelers face a challenge in the secondary this year after losing two of their top three cornerbacks. Mike Hilton left in free agency, while they made the difficult decision to release Steven Nelson as a salary cap casualty.

They did re-sign Cameron Sutton, who will be asked to take on a much larger role now as the second-most experienced member of the secondary behind only the three-time Pro Bowler, Joe Haden — even if Sutton has been with the Steelers slightly longer. And he knows that’s not just about entering the starting lineup, but stepping up off the field.

“Yeah, it’s more of a leadership role, because I’m one of the more experienced guys in the room and things of that nature”, he told reporters yesterday. “But leadership qualities, that’s just how you come to work each and every day. They see me out there in this time period where a lot of guys are kind of up in the air of being here or whatever it is, getting back in the swing of things, and that just helps improve their confidence”.

Behind Haden and Sutton, the Steelers’ top two options who return from last season are Justin Layne, a 2019 third-round draft pick who logged 117 defensive snaps last season as an injury replacement, and James Pierre, a college free agent from a year ago who got some time on defense — also due to injuries — at the end of the year, including the postseason.

If at least one of them doesn’t step up this year, then the team will have to continue searching for answers for their fifth defensive back. There are some other candidates, perhaps notably veteran Arthur Maulet, a defensive back who has played all over the secondary, the veteran signing shortly after the draft last month.

But there are also young players in rookies Tre Norwood, Shakur Brown, Mike Gilbert, and Lamont Wade. And Sutton recognizes that it could be any one of them — like Pierre a year ago — that they might have to call upon. They must be treated accordingly.

“We know a lot of guys throughout the year that might be first-year guys, or we might pick up guys along the way, that we’ve seen over time have to step in and play big minutes for us in big-time games”, he said. “It comes back to that leadership role of getting everybody on the same page and not wanting more for yourself, but wanting more for everybody else around you. That’s how you bring everyone together for the one common goal”.

The goal this year, as it is every year, is to win the Super Bowl. They haven’t even come close since 2016, so that’s long overdue. And there may come a time this season in which one of these players named above will have to play a vital role to help get them there. So you’d better coach them up now and bring them into the fold.