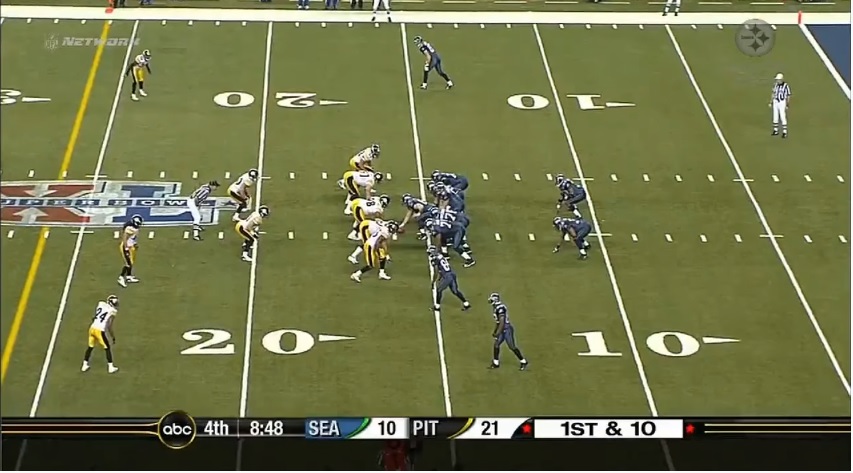 Most times, the NFL is a well-oiled machine. Everything is planned, prepared, every precaution taken. You don’t just “draw it up in the dirt” the way some people frame things. But sometimes? That’s pretty close to the truth. The Pittsburgh Steelers did that the night before Super Bowl XL. In his new book Heart and Steel, Bill Cowher talks about making a last second alteration to the defense’s gameplan.

Here’s an excerpt from his book.

“As for the Super Bowl against the Seahawks, I felt good about our plan – until the day before the game. As we did a morning walk-through in the hotel ballroom, I noticed one of our defenses, when matched against a popular Seahawks offensive formation, left their slot receiver uncovered. That afternoon I sat down with Dick LeBeau and drew up a new defense – we called it Tight Sam 2 Backer – against this formation. The only time we got to practice it was in the ballroom on Saturday night.”

Cowher said the new call worked like this. A four-man rush, zone coverage behind it, with Troy Polamalu functioning as the robber, the player looking to “rob” and eliminate any sort of crossing routes. It’s the role Minkah Fitzpatrick often has on third downs these days, a chance to give your best playmaker some freedom to make a jump on the football.

Though the team had barely practiced the look, Cowher says it went off without a hitch. A testament to the talented, intelligent players which made up that defense.

“We’d use the just-created defense eighteen times during the game with no issues. That’s what happens when you have disciplined players who are smart. They trust that the coaches are giving them something that will be successful, and they know we’ll trust them.”

Though I can’t 100% verify, Cowher doesn’t point to any specific examples of any of those 18 times they called it, I believe these are two successful examples. Nothing fancy but according to the book, an important wrinkle that held Seattle’s offense to just 10 points.

Seattle QB Matt Hasselbeck would only complete 53% of his passes that day, was sacked three times, and threw just one touchdown with one interception (by Ike Taylor, of all people). Their offense did finish the day with close to 400 yards of total offense but were just 5/17 on third down, the Steelers’ defense repeatedly winning in critical moments.

Mike Tomlin made a similar change in the lead-up to their win over the Arizona Cardinals three years later, emphasizing the need to look for blocks post-turnovers (the team was lazy about it in practice) which led to the convoy James Harrison followed on his 100-yard INT touchdowns.

It’s one of countless great stories and nuggets of info in Cowher’s latest book. A last-second decision to make sure the Steelers’ defense covered the slot receiver…it might be a good idea for Cowher to lend some of that advice to Mike Tomlin and Keith Butler.