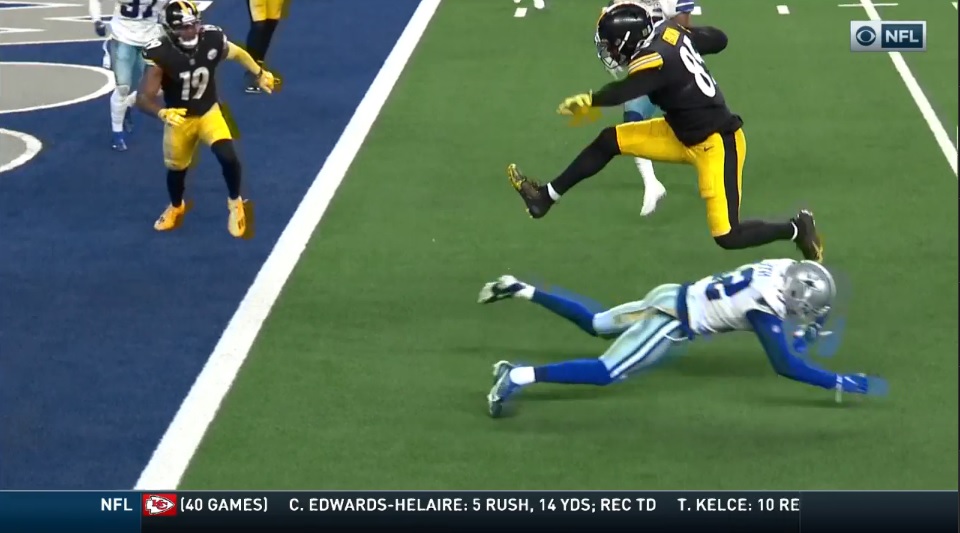 Given the weird nature of the 2021 offseason when it comes to voidable deals with free agents, I took the liberty to go through the list of the scheduled free agents once the 2021 season ends, their designation, and provide some first thoughts on the group players as a whole. The list of scheduled 2022 free agents was provided by Over the Cap.

If some of you find the free agent designations confusing, I have attached the definitions of each one from the NFL Free Agent Glossary to help.

Unrestricted free agent (UFA): Any player with four or more accrued seasons and an expired contract; free to negotiate and sign with any team

Restricted free agent (RFA): A player with three accrued seasons and an expired contract. RFAs are free to negotiate and sign with any team, but their original team can offer them one of various qualifying offers (“tenders”) that come with the right of first refusal and/or draft-pick compensation. If the tender is withdrawn by a team, the RFA becomes an unrestricted free agent. The RFA tenders can be classified as a first-round tender, second-round tender, original-round tender, right-of-first-refusal tender, or an upgraded tender.

Exclusive rights free agent (ERFA): Any player with fewer than three accrued seasons and an expired contract. If his original team offers him a one-year contract at the league minimum (based on his credited seasons), the player cannot negotiate with other teams

Voidable years contract (VOID): “Voidable years” are years of a contract that automatically void on a certain date (often the first day of the new league year in March). Clever and cap-strapped teams like the Philadelphia Eagles and New Orleans Saints have put voidable years into contracts to help manage salary cap hits in recent seasons in terms of allowing the annual cap charge to be lowered as the signing bonus is prorated on the salary cap over the life of the contract up to five years.

At the present moment with the cap ceiling for 2022 set at $208.2 million, based on the most recent numbers provided by Spotrac, the Steelers are projected to be near the top of the NFL with a whopping $76.8 million in cap space. Obviously, this number is based on the cap ceiling with the actual cap number possibly coming in lower than that, thus knocking down that number.

Also, you have to factor in a mega extension coming this offseason for T.J. Watt, which will likely take a good chunk of that projected cap space. After that, things get interesting as to what Pittsburgh will do in regard to its projected salary cap space. Sure, they should have a lot more space than in years past, but they only have so many players under contract for 2022 and beyond, having a large number of free agents that they will need to decide whether or not to retain.

Typically, Pittsburgh wants to operate under the strategy of draft, develop, and resign your own before going out and searching the open market for outside talent. Thus, we should expect several of these projected free agents to be retained past 2021. T.J. Watt is a no-brainer, as most expect a deal to be completed before training camp kicks off.

After that, things get interesting. Older veterans like Joe Haden and David DeCastro see their deals expire after the season, and Pittsburgh has to decide whether to keep them or let them walk and go toward the youth movement at their respective positions. I personally expect DeCastro to be retained at a fair value for the guard spot and retire as a life-long Steeler. Haden is more up in the air in my opinion. He will be 33 years old to start the 2022 season. While still productive, his play has steadily been declining the last few seasons.

However, given his age, he will likely be had for a mere one or two-year deal with the actual cap hit being minor compared to younger, more tantalizing free agent targets. For instance, Richard Sherman still sits on the market while I write this post, and other older cornerbacks like Jason McCourty, Malcom Butler, Xavier Rhodes, Patrick Peterson, and Janoris Jenkins were signed in the $3-7-million range.

Personally, knowing the Steelers’ mindset of always wanting to be in a position to compete to be in the playoffs as well as acknowledging Haden’s presence in the locker room and the lack of depth at CB currently, I lean toward the team doing a similar one or two-year deal with him to keep him around as a veteran leader, especially if this year is Roethlisberger’s last as the team won’t want to jettison too many vocal leaders in the same offseason.

With the drafting of TE Pat Freiermuth in the 2021 NFL Draft, the writing is likely on the wall that this may be Eric Ebron’s last season in Pittsburgh if Freiermuth can be expected to start in 2022 and Ebron doesn’t sign back on the cheap. JuJu Smith-Schuster is an interesting discussion, as his potential resigning likely all depends on how he performs in 2021.

Looking to cash in in 2022, JuJu will likely need to post the numbers he had in his second season to demand the contract of a top NFL WR where he posted over 1,400 yards and seven TDs. However, with the likely decrease in pass attempts with a hopefully more potent run game along with the competition for targets with the likes of Diontae Johnson, Chase Claypool, Eric Ebron, Najee Harris, James Washington, and others will most likely limit that potential ceiling stat line.

However, posting over 1,000 receiving yards and six-to-nine touchdowns is well in the range of possibilities for JuJu, who many love in the Steelers organization and likely see him as a similar player in the role of Hines Ward back in the early 2000’s as that chain mover over the middle who can pick up the top yardage. If I had to bet right now, I do think that JuJu resigns with the Steelers at the end of the season, looking to be that rare lifer at WR in Pittsburgh.

Sure, the team has the likes of Johnson and Claypool in the fold. But I question the value of retaining Johnson on a second contract. Pittsburgh’s motive to resign JuJu this offseason to keep Ben’s weapons intact could also point to their interest to have a chance to keep him in the building long-term, also providing a reliable target for the next franchise QB once Ben decides to hang up the cleats.

When looking at some of the other free agents, the future is less clear. I expect James Washington to be gone after the season and try his hand at the market. He could get an opportunity to earn a bigger role to cash in. Terrell Edmunds needs to bet on himself this season, much like JuJu. He could play well enough to price himself out of Pittsburgh. I see him playing himself into a two-to-three years extension at a modest amount after posting a solid, yet unspectacular 2022 campaign.

Should Pittsburgh decide to try and move on and find more of an impactful player to replace Edmunds, they will have a variety of choices via the draft. Especially if they have their sights on the likes of Troy Polamalu’s nephew Isaiah Pola-Mao from USC.

Chukwuma Okorafor is also in position to hit the jackpot in 2022 after moving to LT. This position normally cashes in on the open market. If he can provide above-average starting play on the blindside, Chuks should figure to have a hot market as a player that will only be 24 years old. Pittsburgh traditionally doesn’t resign its tackles to big money, opting to build the offensive line from the inside out. However, if they have needs at QB, CB, S, or other positions after the season, they may opt to try and resign Okorafor if the price is right and he shows he deserves to start past this season.

There are a bunch of the RFAs that make a lot of sense to tender after the season is over. The likes of Robert Spillane, Marcus Allen, and Dwayne Haskins are all good bets to pick up tenders from the team in some form or fashion. While Pittsburgh resigned QB Mason Rudolph this offseason, tendering Haskins (should he prove his worth to stick with the team after the 2021 season) would be a cheap option to keep on the roster and have the talent and pedigree to at least push Rudolph to earn the starting job in 2022. Regardless if the team drafts their future of the franchise next season.

I would love to have Haskins turn things around and be the potential future successor to Ben at QB. Being realistic and considering him a backup-caliber QB or even a upside third-string option could justify a RFA tender to see what he can do after 2021.