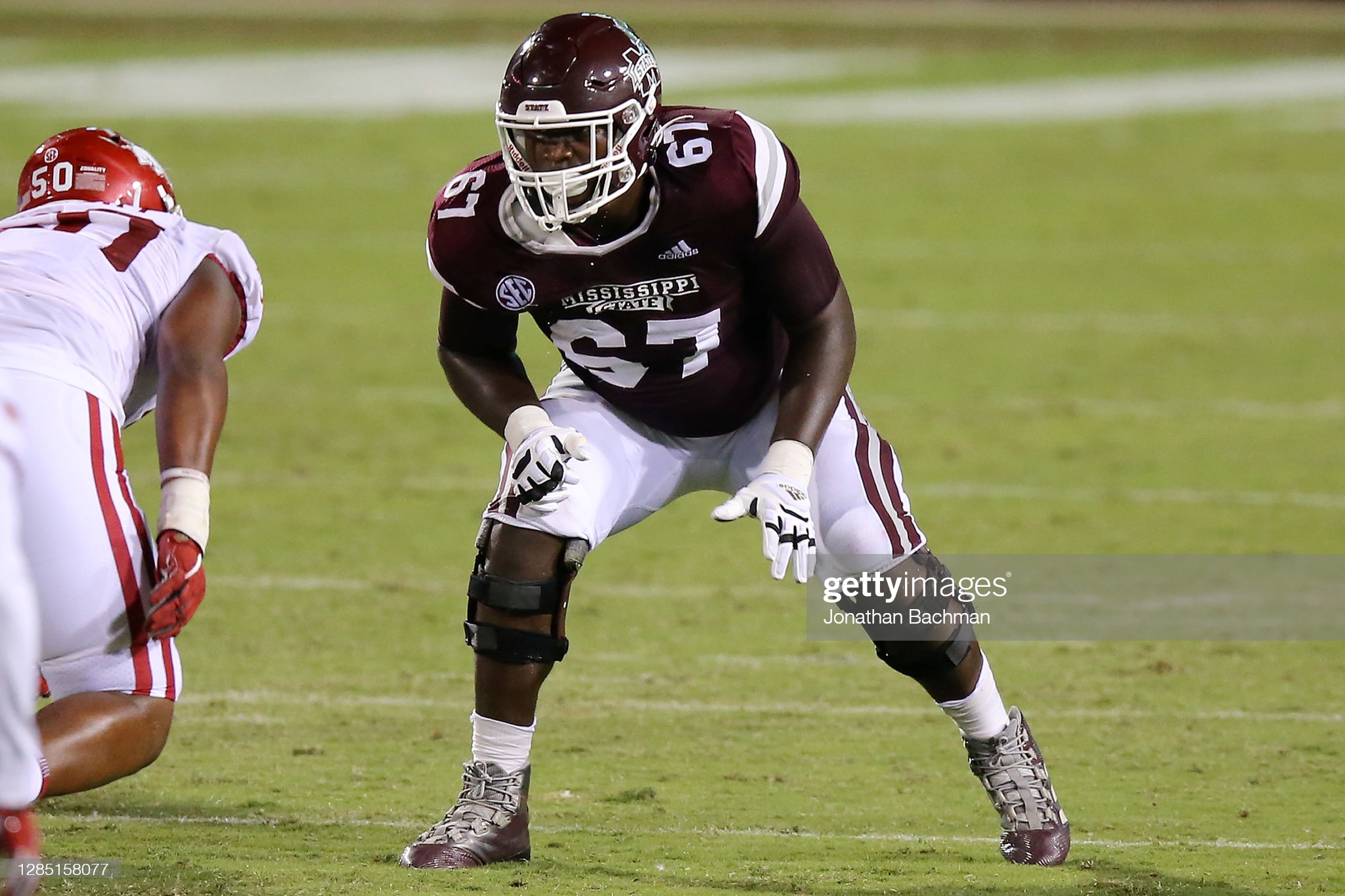 Even at a slower pace after the initial influx of “way-too-early” mocks following the end of the 2021 draft, there are still 2022 mock drafts arriving weekly. Most continue to link the Pittsburgh Steelers with a quarterback more than any other position.

Previous roundups have shown, though, that there are other positions the team could target in the first round, instead. Thus far, most of those selections came on defense. This week’s roundup features a selection on offense, though, that doesn’t come at the QB position.

“Pittsburgh recently lost long-time starter Alejandro Villanueva and is going through a transition along the offensive line. Cross could be the final piece for a new, improved Steelers line.”

Of note is that Leinweber’s mock released prior to the Steelers’ moves at guard, releasing David DeCastro and signing Trai Turner. Leinweber’s pick would provide a new franchise tackle for the Steelers and whomever succeeds Ben Roethlisberger at quarterback. The implication of that selection is that one of Chukwuma Okorafor or Zach Banner did not play well as a starting tackle in 2021. Though even if they did, neither has the ceiling that Cross brings out of Mississippi State.

The 6’5″, 305-pound tackle from the Bulldogs will only be a redshirt sophomore if he declares for the 2022 draft, so he is light on experience. But in his redshirt freshman season in 2020, Cross earned a Freshman All-SEC selection after starting 10 of the team’s 11 games at left tackle. Cross is no stranger to the first round discussion so far. He has appeared frequently in early 2022 mocks, even as high as the top five in some cases. Even if Okorafor and Banner meet expectations this season, tackle can still very much be a major need this coming offseason, and Cross is one of the top names in the class thus far.

Some mock drafts did not go outside the presumed favorite to get drafted in the first round for Pittsburgh. Pro Football Network’s Oliver Hodgkinson is the next in the line of sending a new quarterback to the Steelers to replace a retiring Roethlisberger, drafting Nevada’s Carson Strong to the team 16th overall, with this reasoning:

“Despite a crowded quarterback room in Pittsburgh, is there anyone primed to take over the starting job from Ben Roethlisberger? Although he returned for another year, his time is coming to an end. Quarterback was a popular mock draft choice for the Steelers before this year’s annual selection event. So it won’t be a surprise if the position dominates every mock draft for the team in 2022.

At the risk of bowing down to conventional wisdom, quarterback is the Steelers’ direction in this 2022 NFL Mock Draft. Carson Strong has the prototypical NFL quarterback size at 6’4″ and 215 pounds. In addition, he comes equipped with a strong arm and excellent awareness in the pocket. Having impressed with 27 touchdowns to just 4 interceptions last season, his development through the 2021 college football season could see him become one of the best quarterbacks in the class.”

The field of potential first-rounders at QB is dense this season. Strong is already the sixth mocked to the Steelers in these roundups, and this is only the sixth edition of them. The junior comes from a school not known for shipping QBs to the NFL (the last one drafted was Colin Kaepernick in the second round in 2011). He enters his third season as the Wolfpack’s starter, coming off that season that featured a 27-4 TD-INT ratio and 2,858 yards.

Strong still has a lot of things to polish up in his game to make better use of his top trait, which is his arm strength. Of the QB options floated in the first round, Strong typically lands on the back end of the group, rather than a contender to go in the draft’s top five.

Teams haven’t been afraid of spending an early pick on a QB that offers exciting tools, but comes from a less-heralded school. Zach Wilson (BYU) and Trey Lance (North Dakota State) went in the top three this season, Jordan Love (Utah State) went in the first in 2020, Daniel Jones (Duke) in 2019, and Josh Allen (Wyoming) in 2018. Pittsburgh’s last first-round QB is another example, Roethlisberger coming from Miami (Ohio).