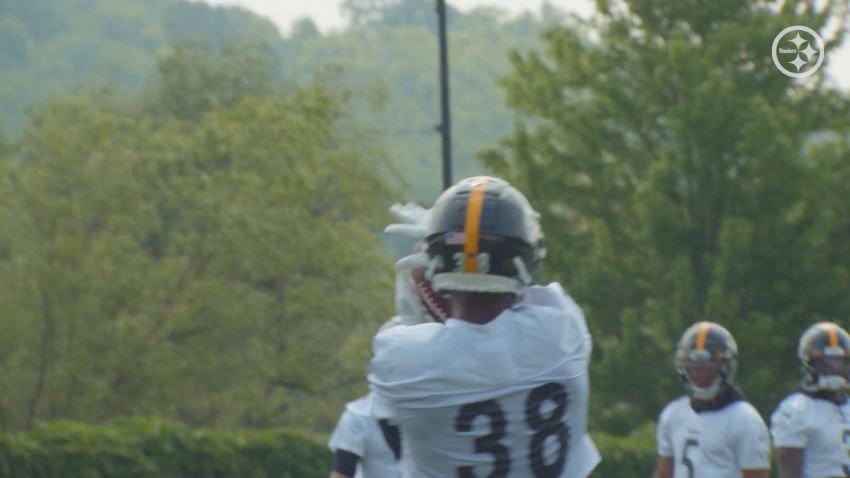 Reasoning: The Steelers have added two running backs this offseason while losing one in free agency. Also affecting Samuels’ chances of retaining his roster spot heading into year four is the reduced likelihood of their carrying four running backs as they did last year.

We have not talked about Jaylen Samuels in a while, the Steelers’ 2018 fifth-round draft pick who rushed for over 100 yards against the New England Patriots as a rookie. That remains the highlight of his career. Truth be told, it will probably remain as such, at least as far as Pittsburgh is concerned.

In order for him to even have a chance of retaining his roster spot, the Steelers must decide to carry four running backs in 2021. Even that may not be enough. While James Conner left in free agency, Pittsburgh replaced him with first-round pick Najee Harris. Benny Snell and Anthony McFarland remain in place, and are likely safer bets for making the team.

That is three right there. Pittsburgh also added veteran Kalen Ballage in free agency, who offers different things that Samuels doesn’t. Some things that they are looking to improve upon, such as short-yardage situations.

Samuels is viewed as a receiving back. Frankly, they don’t need a designated receiving back now with Harris. McFarland is another player who could develop into a receiving threat from the position, with the speed to actually do something about it when he does catch it.

I will say that the North Carolina State product has caught more flak over the past two years than is deserved, but his numbers are what they are. He averaged 3.1 yards per carry last year (albeit on just nine attempts, too small a sample size to be meaningful), and just 5.1 yards on nine receptions.

While he does play on special teams, his roles are not so great that they can’t be replaced. I think it’s fair to say that he will have to have the best offseason of his career in order to hold onto his roster spot, unless Matt Canada really sees how he can be utilized in the new offense.