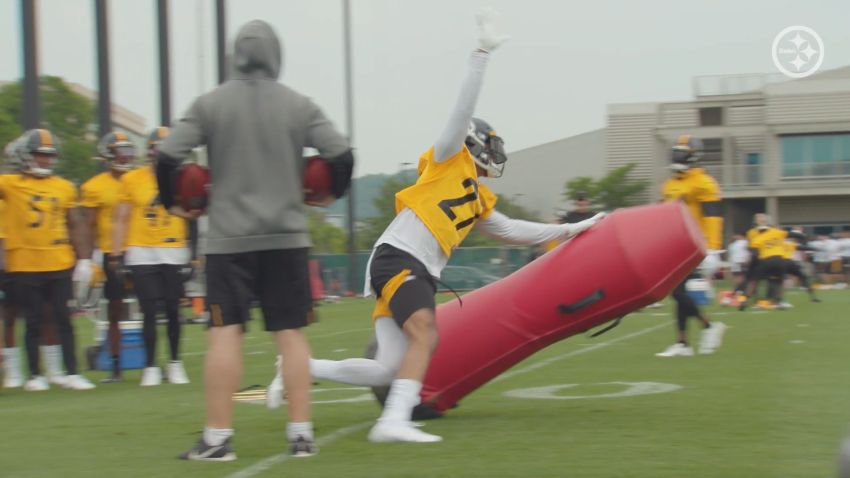 Reasoning: Since we last evaluated Marcus Allen in this series, the Steelers have added Buddy Johnson to his position room via the fourth round. That will stress his standing on the depth chart, and possibly even threaten his roster spot altogether.

That’s eight names. While you may be able to eliminate somebody like Scales easily off the bat, the reality is that this is a room with a lot of bodies in it, which is going to make it more difficult for anybody who is not in prime position to stick around, or at least to retain a role.

Allen just moved to linebacker last season after having been drafted as a safety in 2018. He had a steep learning curve given the limited nature of the offseason, but he ultimately played over 200 snaps last year on defense, mostly in a traditional linebacker position, without typically outright humiliating himself.

It took extraordinary circumstances to reach that point, however. It started with Devin Bush’s ACL tear earlier in the year, then was exacerbated by Vince Williams testing positive for COVID-19 and Robert Spillane suffering a knee injury of his own. Ulysees Gilbert III battled a back injury.

All four of those players are still here. At least three remain at the top of the depth chart. The rookie, Johnson, is undoubtedly pretty close to a lock, so that’s at least four players right there. The real question is where Gilbert and the free agent addition, Miles Killebrew, stand.

Gilbert was actually a healthy scratch early in the year, Allen dressing over him for special teams. That might be the biggest feather in his cap. But Killebrew is a special teamer who is a linebacker-safety hybrid. Is he going to be a one-for-one roster substitution? Will Allen beat him out? Or will they both be there—possibly neither? Time, and training camp, will tell where these pieces fit.