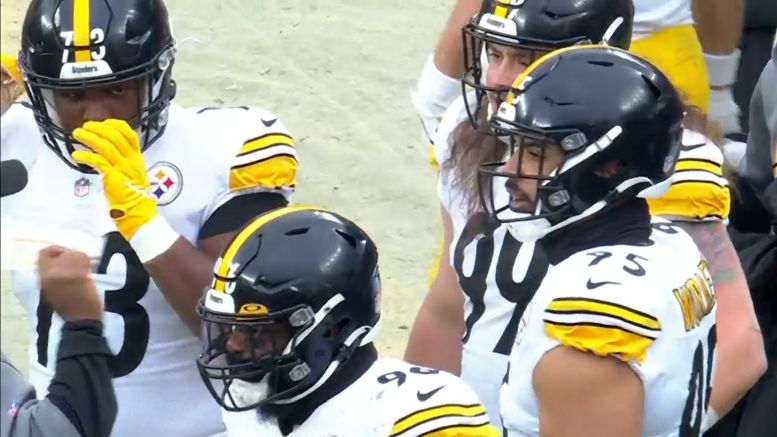 Tyson Alualu: A year after proving himself as a legitimate quality starting nose tackle, Alualu decided (eventually) to return to the Steelers for more of the same for the next two years. But in the meantime, they, and he, will be training his eventual replacement.

Carlos Davis: That could well be Davis, a seventh-round pick out of Nebraska last year, who defied the odds just to make the team during a pandemic, and then won playing time as the number two defensive tackle behind Alualu.

Isaiah Buggs: Davis’ early success has put Buggs in a bind as he enters his third season in a competition for a roster spot. While he offers versatility as a player who can play both end and tackle, the presence of Chris Wormley and rookie Isaiahh Loudermilk make it really hard to carry him without bringing seven linemen into the season.

Henry Mondeaux: Mondeaux spent a good chunk of the 2020 season on the 53-man roster, though he primarily played on special teams after Pittsburgh promoted him from the practice squad for that purpose. He is a prime candidate to resume his place on the practice squad this year.

Demarcus Christmas: Signed back in January as a futures player, he originally joined the practice squad in November. A former sixth-round pick by the Seahawks, he has yet to appear in a game. It’s hard to envision a clear path to a roster spot.

Isaiahh Loudermilk: The Steelers traded a 2022 fourth-round pick for a 2021 fifth-round pick, which they used to draft Loudermilk. The Steelers believe he has the versatility to play up and down the line, though he seems to profile best as an end. He is being included here for completion’s sake.

Alualu is set on top of the depth chart. The biggest outstanding question nis whether or not Davis can continue to take steps forward and become his legitimate successor. But first and foremost, he has to secure the backup role as Buggs comes in, hopefully hungry, after spending time as a healthy scratch at the end of last year.

Again, this could come down to the question of whether they carry six or seven linemen, the latter of which is incredible rare, but which they did for most of last season. Buggs is a guy with talent, and it would be a shame to give up on him. This is their deepest position on the roster, and hopefully the top two, or even three, who don’t make it are able to be retained on the practice squad, speaking of the defensive line as a whole.