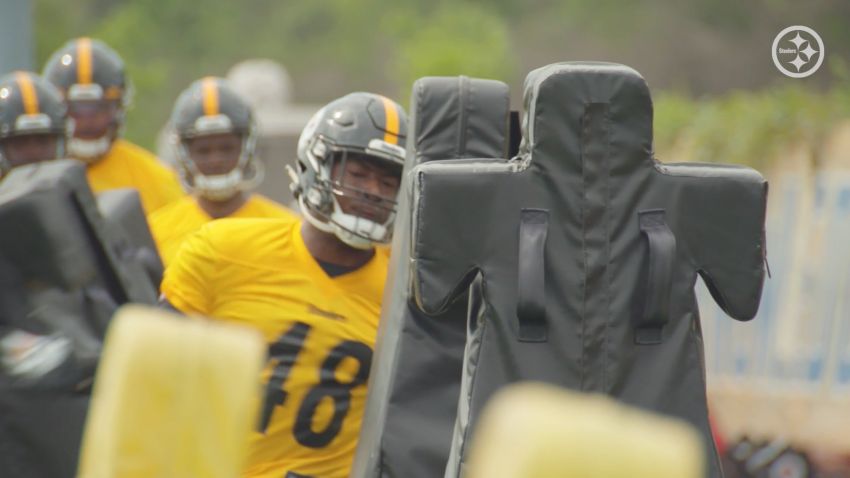 Question: How much do the Steelers believe in their depth at outside linebacker?

So far this offseason, the Steelers lost starter Bud Dupree and reserve Ola Adeniyi to free agency at the outside linebacker position. They re-signed Cassius Marsh, whom they acquired late last year, but did not retain Jayrone Elliott. The only other notable addition that they made to the position was Quincy Roche as a sixth-round pick.

So basically their outside linebacker depth chart consists of T.J. Watt as the superstar, Alex Highsmith as the young hopeful getting a shot to show that he can be a starter, and a journeyman veteran and late-round rookie.

That doesn’t sound too great on paper outside of Watt. But regardless of what the case may be, what do the coaches think about what they have? How much do that believe in Marsh and Roche, and their ability to play effective snaps if needed this season?

Of course, there is always the possibility that they have some former undrafted player emerge as a contributor, which has not been uncommon for the Steelers at this position. Adeniyi went undrafted a few years ago, for example. Christian Kuntz has been around a bit. Jamir Jones and Jamar Watson were added on the Pro Day circuit. Calvin Bundage is an inside-outside guy signed after the draft.