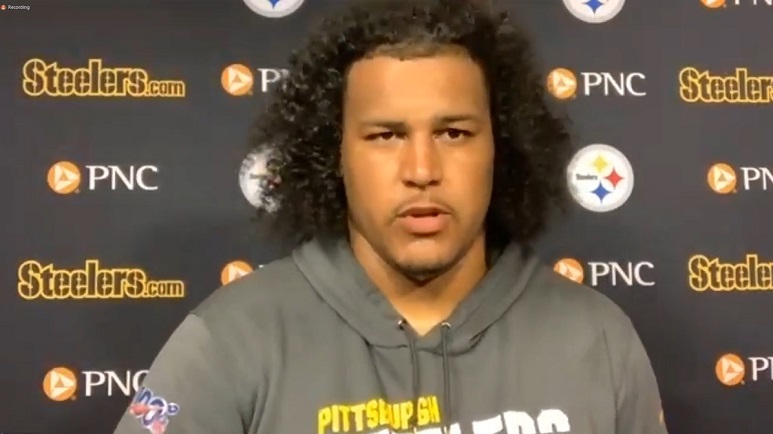 There are a whole lot of stages one must go through when it comes to returning from an injury. And I’m not even talking about the physical stages of rehab. There’s also a mental journey one undergoes, especially as a professional athlete. Although it varies from person to person, there are a few common landmarks, one of the most crucial to manage being the late-stage excitement of nearing the finish line.

That’s where a pair of Pittsburgh Steelers are right now as both Zach Banner and Devin Bush make their way back from torn ACLs suffered last Autumn. Both have done some work at OTAs, but haven’t been cleared for full-contact football work yet. Banner talked about the mental adjustment to understanding the importance of holding back, and accepting the coaching and training staff managing that.

“One thing to communicate to you guys is, remember that leash, that they keep pulling that”, he told reporters last week during OTAs. “So if you see me out there on the days that I do have a brace, that’s more the break in my brace for when I do get going, because these things feel like robo-knees. They feel a little different. Not my knee itself, but the brace. So we really want to work that brace”.

I don’t know whether or not the plan is for Banner to wear the brace in-season, but he’s certainly going to have it on when he gets back into the lineup during training camp. It’s quite possible he wears it during the season, which is common for players returning from injury, and even among others, but it is something one must adjust to.

“As for my rehab, as for [Devin] Bush’s rehab, we’re all on schedule, but at the same time, if we get to camp, and they pull a day, they pull a rep, they pull something, it’s out of protection”, Banner said. “And I had to kind of get that in my head at this earlier stage, because I’m just an ‘in the building’ guy”.

“I’m getting here early in the morning, one of the first guys here. It’s not to pat myself on the back, it’s just who I am. Trying to lead by example, but once again, trying to motivate myself through my actions every day”.

It must be especially tempting for somebody in Banner’s position. He finally earned a starting job in his fourth season, and then he suffered a season-ending knee injury at the end of his first-ever start. I’m sure he has been chomping at the bit for his first real rep for several months now.

Technically speaking, he will still have to earn back his starting job, even if he is the favorite. The Steelers did sign Joe Haeg in free agency, who has starting experience, and they also used a fourth-round pick to bring in Dan Moore, Jr.