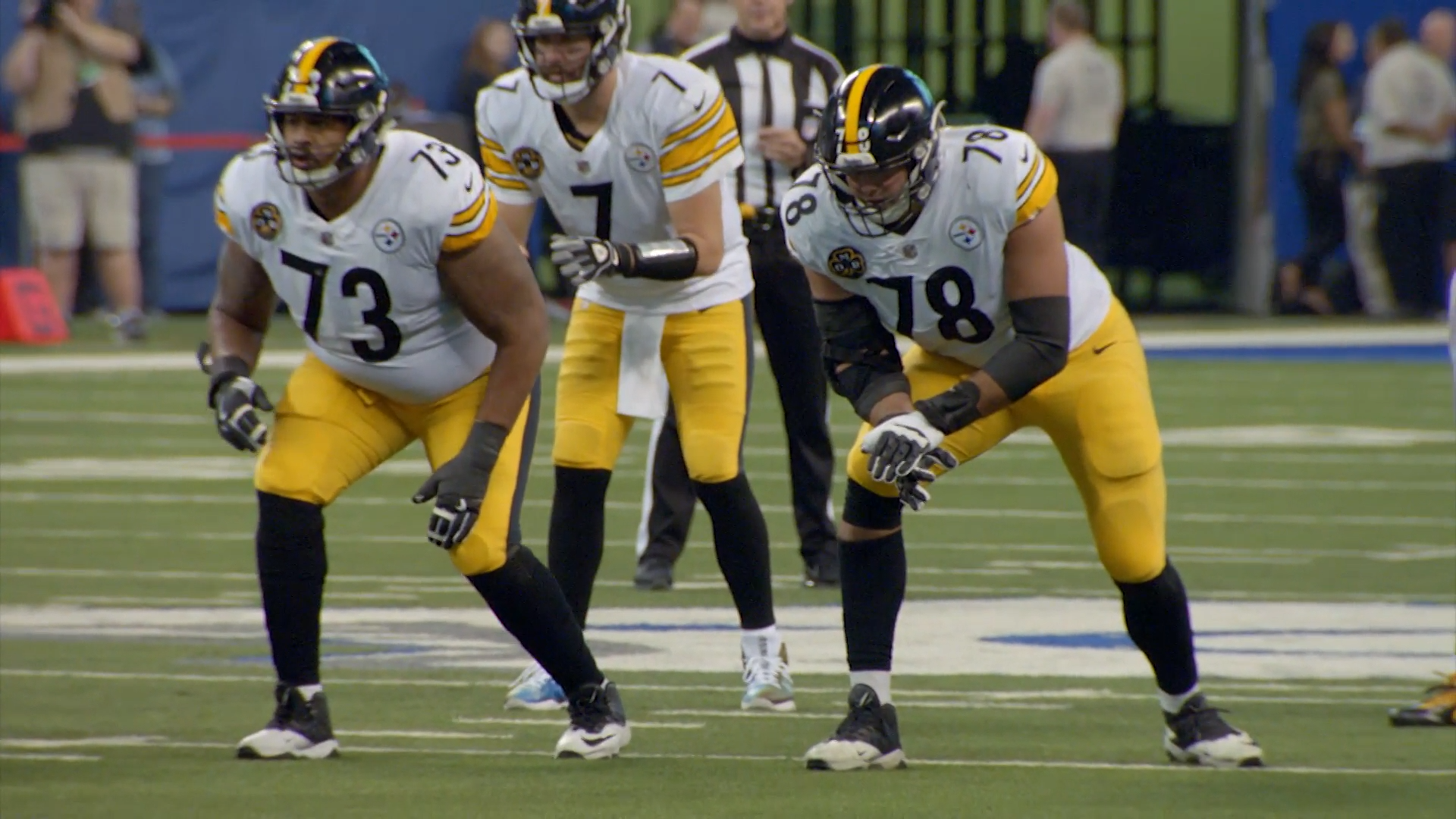 Former Pittsburgh Steelers tackle Alejandro Villanueva is often mistaken as being a very serious guy. While he can be very thoughtful and insightful when answering serious questions, however, a deeper dive into his media history — including social media via teammates — shows a guy who loves to joke around and have fun as well.

It seems as though a lot of people got their first real taste of that yesterday when he had some fun with his former teammates and with the media while taking some shots at his friends, suggesting that Kevin Zeitler will be an ‘upgrade’ over David DeCastro as a commuting buddy, and joking that wide receivers probably prefer TikToks over run blocking.

Nobody knows the man better, though, than those who have spent years in the same room with him. If you listen to his former offensive line teammates, it should have been obvious that Villanueva’s comments were intended to be taken in jest. After all, he was smiling, if not laughing, when making this remarks.

“Anyone who knows Al, knows he likes to have a good time and joke,” former Steelers guard Ramon Foster wrote on Twitter. “This ain’t that deep. Lol. You think he takes competition as life and death when he actually had a profession that was LITERALLY LIFE AND DEATH! He’s literally laughing right now at y’all reaction.”

Anyone who knows Al, knows he likes to have a good time and joke. This ain’t that deep. Lol. You think he takes competition as life and death when he actually had a profession that was LITERALLY LIFE AND DEATH! He’s literally laughing right now at y’all reaction 🤣 https://t.co/EG7SbeKB5w

Tackle Zach Banner also commented on Villanueva’s remarks and how they blew up on social media, which he conveniently does not engage with, preferring the simplicity of a flip phone. “Al is living in your heads rent free right now,” he wrote, with a laugh. “I love and miss the OG already.”

I love and miss the OG already…

I wish him luck. Congrats on a great career in the 🖤💛… pic.twitter.com/vFW310YjNQ

While he admitted to not being thrilled about all the pass protection that has been asked of him lately, especially last season (though I suppose in 2018 as well), portraying pass protection as an anxiety-driven endeavor, he was also very complimentary of the Steelers as an organization, which he has always been.

Villanueva first walked through the doors of the Steelers facility after the 2014 preseason, after they played the Philadelphia Eagles in a game and saw a 6’9” defensive end towering over everybody. They signed him to the practice squad after he didn’t make the Eagles’ roster, and converted him to tackle.

He took over for Kelvin Beachum after he tore his ACL five games into the 2014 season and never relinquished the job over the next six years, earning two Pro Bowl nominations along the way, plus a cameo on the Penguins’ broadcast, during which he disrobed from the waist up and shotgunned a beer.

From appearing in JuJu Smith-Schuster’s media and touchdown celebrations to TikToking with Chase Claypool and dancing on the sidelines with Antonio Brown, Villanueva is a fun-loving guy who has stared death in the face in his past life. You need a sense of humor after what he’s seen. And a healthy mistrust of the media with a mischievous streak — with Network being one of his favorite movies — gets you ‘experiments’ like this as he sees his remarks go viral.