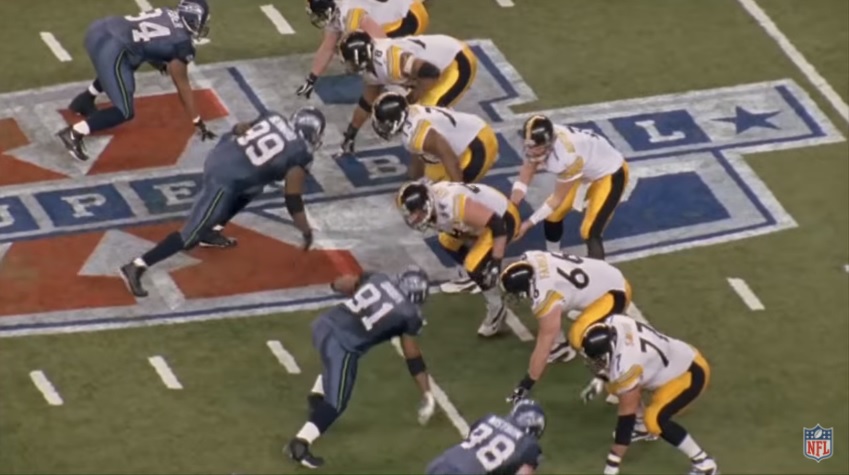 I want to focus on the underrated players who made those plays happen. For just a second, taking the focus off Parker, Harrison, Harris, and whoever else we come up with. And highlight those who made key contributions that led to those highlight reel moments.

When you think about Willie Parker’s Super Bowl run, you think of two names. Parker for his speed and Alan Faneca for his lead, pulling block. And this isn’t to take away anything from them. But if you go back and watch the play, check out the block of right tackle Max Starks. Climbing to the second level, he was such a big guy it took just a couple steps, he sealed off Pro Bowl linebacker Lofa Tatupu.

I have Starks highlighted for you guys here.

Starks provided the runway almost as much as Faneca did. He worked to Tatupu, controlled him upfield, turned him inside, and kept him sealed as Parker ran off his outside hip. Though he was a rookie, Tatupu would go on to become one of the game’s better linebackers, making a Pro Bowl each of his first three years.

Here’s another look at it from the original broadcast angle.

No, it’s not nearly as pretty of a block as Faneca’s. And it gets lost in the broadcast angle and the replays. In some of the latter, you never even see big #78 create the wall in front. But it was a key block and gave Parker the daylight needed to showcase his wheels in the second and third levels, running past the deep safety as the Steelers ran their way to one for the thumb.