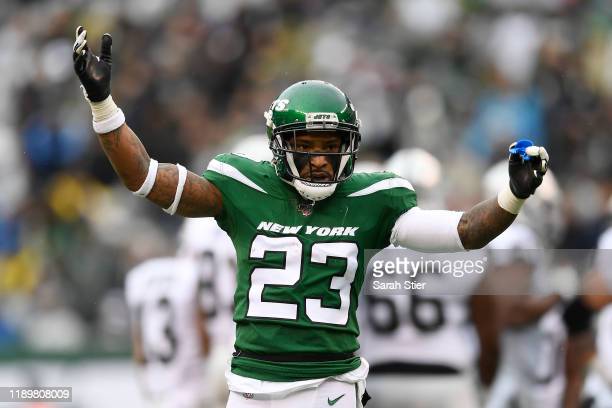 Update (3:21 PM): The Steelers have officially announced the signing of Arthur Maulet. They are listing him as a safety and noting it’s a one-year contract.

We have signed S Arthur Maulet to a one-year deal. @BordasLawhttps://t.co/B0hTW42AYG

The Pittsburgh Steelers aren’t done adding to their offseason roster, reportedly signing former New York Jets corner/safety Arthur Maulet according to a tweet sent out by his agency.

Bringing the heat to The 412! Congrats Arthur Maulet on signing with the @steelers People will soon see👀👿 pic.twitter.com/D4tWR2Q05Z

Maulet, 27, has spent the last two years with the New York Jets. Over that span, he’s started 11 games, recording 67 tackles and two interceptions. He has 12 career starts in the NFL with 77 total tackles.

According to Pro Football Reference’s advanced stats, Maulet was targeted 32 times in 2020. He allowed 20 completions (62%) two touchdowns and picked off one pass. He also blitzed seven times, maybe showcasing some pass rush value in a Steelers’ scheme willing to send anyone.

The Jets signed him back to a one-year deal last March after originally not tendering him. He was placed on IR after Week 2 due to a groin injury, but was designated to return and came back midseason. That’s when the Jets moved him to free safety. Maulet ultimately played 404 snaps on defense and another 141 on special teams. Those are similar to his 2019 figures (355 defensive snaps, 102 on special teams).

He’s played slot corner and safety in his career, primarily playing the latter in 2020, making him a presumably cheap, versatile player for the Steelers’ secondary that could use help at slot and free safety. It’s a similar aim as spending their seventh round pick on Tre Norwood, who showcased versatility at Oklahoma.

He’ll add defensive back depth to a Steelers team in need of help. Earlier this offseason, they brought in Karl Joseph for a visit, but he left unsigned and reunited with the Raiders.