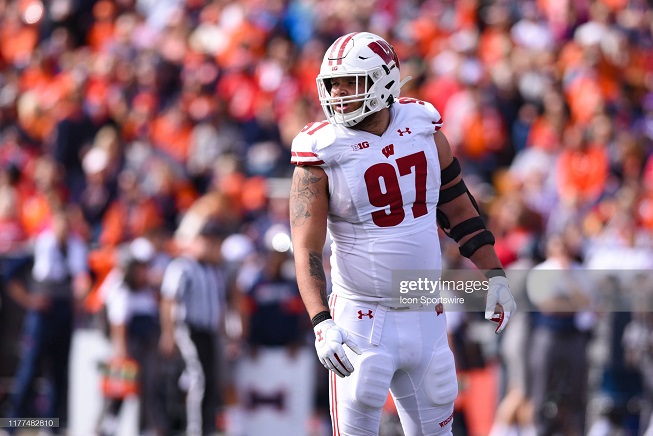 The Pittsburgh Steelers have selected Wisconsin defensive end Isaiahh Loudermilk with the 12th pick of the fifth-round of the 2021 NFL Draft. It was the 156th pick overall.

The Miami Dolphins traded the No. 156 pick to the Steelers in exchange for a 2022 fourth-round pick.

2019 Season: Earned third letter, starting all 14 games at defensive end … recorded 24 tackles, including 5.0 TFLs and 3.0 sacks … forced 2 fumbles … batted down 5 passes … set career high with 5 total tackles vs. Ohio State in Big Ten Football Championship Game on Dec. 7, also recording 1.0 sack and forcing a fumble … made 4 stops and recorded 0.5 sack at Minnesota on Nov. 30 … posted career highs with 2.0 TFLs and 3 passes batted down vs. Northwestern on Sept. 28 … forced a fumble in season opener at South Florida on Aug. 30 … had 1.0 sack vs. Michigan State on Oct. 12