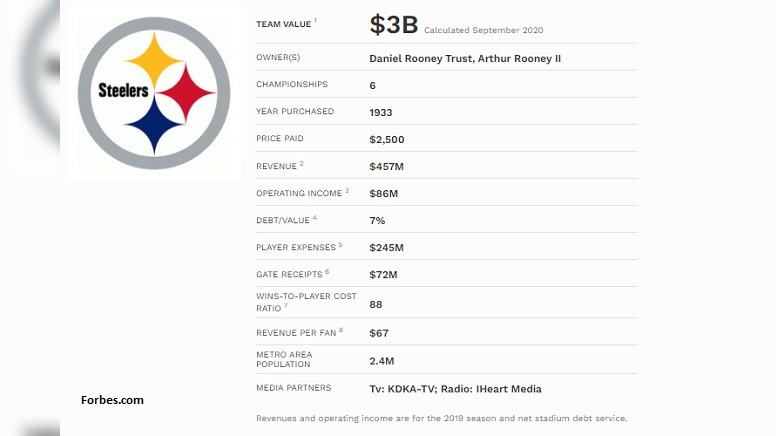 Forbes released their annual list of the most valuable sports franchises in the world on Friday, and the Pittsburgh Steelers are ranked as the 32nd most valuable franchise on it.

The Steelers are valued at $3 billion, which is a 58 percent change in value over the past five years.

The Dallas Cowboys, “America’s Team,” were ranked No. 1 on Forbes’ list of the most valuable sports franchises in the world, with an astonishing value of $5.7 billion.

The Steelers franchise was founded in 1933 by Art Rooney. He paid just $2,500 for the club at the time he purchased it.