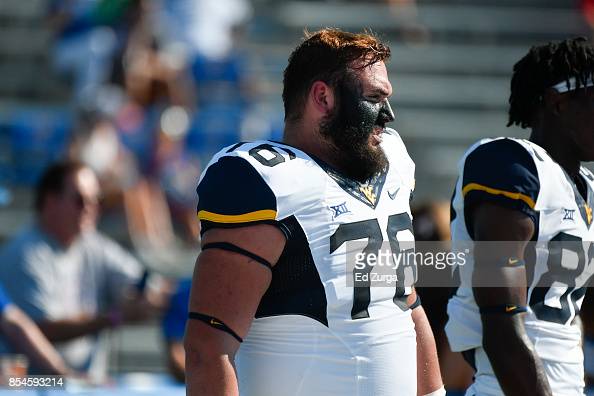 The Pittsburgh Steelers are no strangers to signing tryout players. In fact, they’re probably on the higher end of turning guys from invite to contract. In the team’s last rookie minicamp pre-pandemic, rookie QB Devlin Hodges was there solely on a tryout basis. He played well enough to earn a spot on the 90 man roster, flashed in camp, and though it came under the worst of circumstances, started six games. He’s not the only example. Linebacker Terence Garvin is another name who went from tryout to contributing meaningful NFL snaps. And there are plenty others who got signed even if they ultimately were let go by summer’s end.

If the Steelers want to find that next success story in 2021, it’ll be a lot harder. For this year’s rookie minicamp, the NFL limited teams to a maximum of five tryout players. For Pittsburgh, that meant filling out the roster with enough numbers as it did acquiring talent across the board.

Pittsburgh spent those five tryout spots on four linemen (two offense, two defense) and one quarterback so they could have an arm for practice.

Earlier, Dan Kitchen did a nice job breaking down the QB, Roland Rivers III. His path to the 90-man roster is ultra-tough. The team carries only four quarterbacks into camp; anything else is overkill with no chance to get reps, and the roster already has four established players. Three have NFL starts: Ben Roethlisberger, Mason Rudolph, and Dwayne Haskins, while Joshua Dobbs’ spot is safe after re-signing with the team in April. Even if Rivers impresses, it’s hard to see the team give him anything more than a T-shirt and a good story to tell friends.

The Steelers invited a pair of interior offensive linemen, West Virginia’s Chase Behrndt and Charlotte’s Jaelin Fisher. Behrndt started 22 games for the Mountaineers, nine of them in 2020, the latter coming all at center. But his versatility probably got him the call. In college, he played up and down the line, seeing time at tackle, guard, and the pivot, and in high school, even long-snapped. With just a 34-man roster for practice, the more you’re capable of doing, the better. Fisher was more exclusively a center. Though undersized at 6’2″, 291, he showcased athleticism at his Pro Day with a 32-inch vert and 9’7″ broad. Those are Kendrick Green-type numbers. If the Steelers are going to be a heavier zone blocking team, and it appears they are, Fisher might have the best chance of the five to make it.

On the other side of the ball, they brought in a pair of defensive linemen, Indiana’s Jovan Swann and Coastal Carolina’s Sterling Johnson. Swann was a grad transfer from Stanford but made just one start for the Hoosiers in 2020. He probably got the look based off his Cardinal resume, recording 5.5 sacks in 2019 and 4.5 as a junior in 2018. Johnson was part of the 2020 draft class who played nose tackle his final year as his team switched to a 3-4. He’s underweight at a listed 285 pounds (290 at his Pro Day) but has plus length and showed some pass rush chops, picking up 3.5 sacks despite plugging the middle of the defense.

With rookie minicamp over, we’ll find out soon if the Steelers sign any of those five tryout players. Those decisions are usually based on their play, the play of other fringe-90 man guys, and injuries. It’s nice the NFL at least allowed some tryouts this year and this draft class was shallow so the limitations aren’t as hurtful as they would be in a normal year. But this list isn’t as long or as interesting as it tends to be.