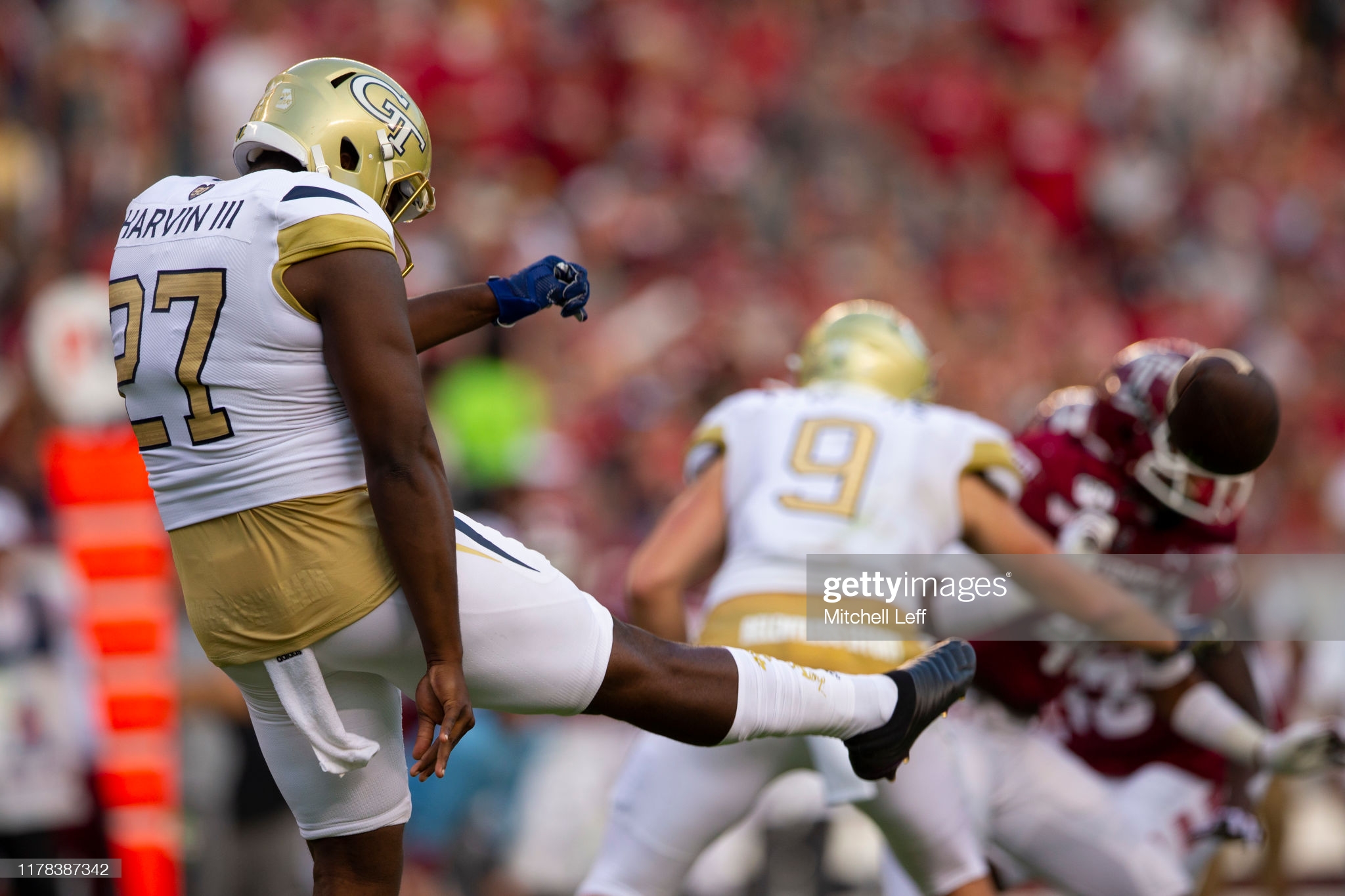 If there is anything about the Pittsburgh Steelers’ 2021 NFL Draft, you can always take solace in the knowledge that we will have a genuine punter battle on our hands to look forward to this summer, after they used their final selection in the seventh round to bring in 260-pound punter Pressley Harvin III.

Harvin proved to be the only punter in this year’s class to be selected after declaring out of Georgia Tech. General manager Kevin Colbert discussed his defining attribute during his post-draft press conference.

“Pressley Harvin is a big-legged guy,” he told reporters a short time ago. “When I say that, he has a naturally powerful leg. He averaged 44.7 for his career. I believe it was 47.6 this season. It’s just a natural, powerful leg. Again, excited to have him come in and join the competition.”

The Steelers do have an incumbent but embattled punter in Jordan Berry, who has been the team’s primary option at that position for the past six years, which is by far the most stable tenure the team has had at the position in the Mike Tomlin era.

But even if some of his numbers are actually among the best the Steelers have produced in franchise history, it hasn’t aligned with the steady performance increase around the league at the position, and he continually finds his numbers in the middle of the pack, in no small part due to his inconsistency, and lack of elite leg strength.

While he made the initial 53-man roster a year ago, it became immediately obvious that they would explore alternatives, and they shortly let him go, finding veteran Dustin Colquitt available. But the latter only lasted a handful of games before his own inconsistencies proved to be too much. They brought back Berry to finish out the year, ultimately playing the final 11 games of the regular season, and actually averaging a career-best 45.8 gross yards per attempt, a team record.

Now he will face his biggest challenge yet (and I admit the pun wasn’t entirely unintended; it’s been a long day) in Harvin, who in fact averaged 48 gross yards per punt in his final season for the Yellow Jackets. That marked a substantial growth in his numbers, having never topped 45 yards in his first three seasons.

This is, of course, the second time that Tomlin has used a draft choice on a punter. During his first year as head coach, the Steelers actually made a trade up in the fourth round to select Daniel Sepulveda, who, truth be told, was developing quite well before a series of knee injuries ended his career.

Prior to Berry, the team experienced a carousel of punters following Sepulveda. First, there was Jeremy Kapinos in parts of 2010 and 2011, followed by Drew Butler in 2012, Zoltan Mesko and then Mat McBriar in 2013, and then Brad Wing in 2014. A year later, Wing and Berry had a close training camp battle, with the tiebreaker being that the New York Giants offered them a seventh-round pick for Wing, and off he went.