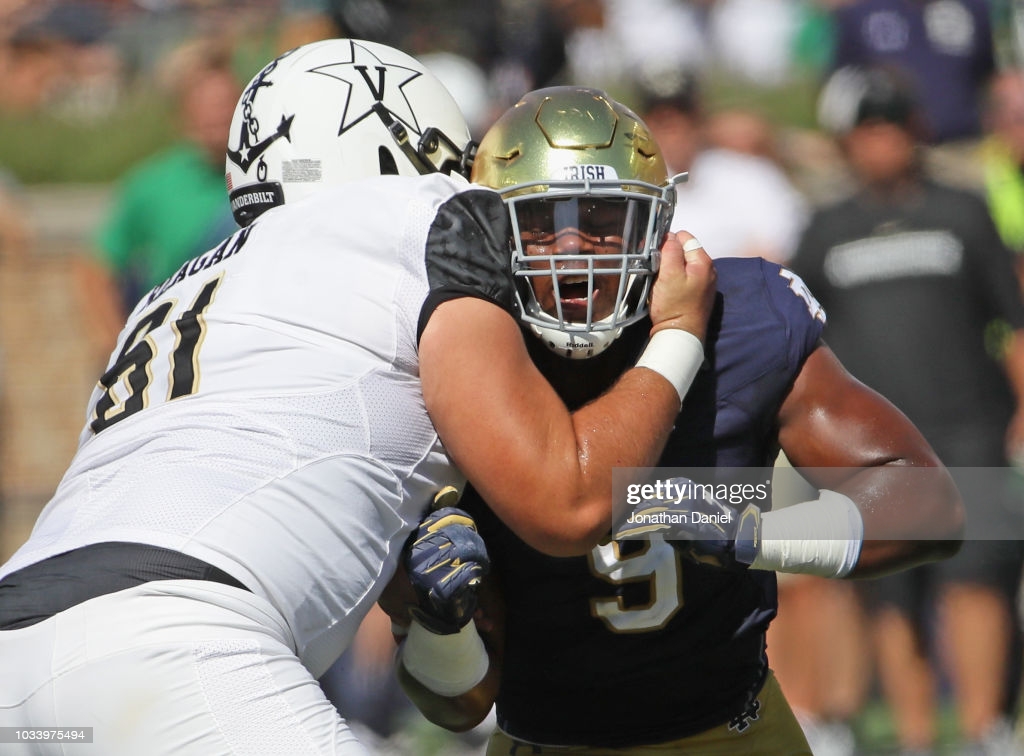 Here are some players they could draft over that span.

Marquez Stevenson/WR Houston — If the Steelers select a wide receiver, as they often do, Stevenson is a sleeper. He met with WRs Coach Ike Hilliard on a Zoom call during the pre-draft process. Fast with return value, he’s a sixth/seventh round pick receiver who could be stashed on the practice squad for a year.

Austin Watkins/WR UAB — Big jump ball receiver who had a fantastic 2019 season, eclipsing the 1,000 yard mark while averaging over 19 yards per catch. Talked to Hilliard in the pre-draft process and has NFL bloodlines. He’s the cousin of Baltimore Ravens’ wide receiver Sammy Watkins.

Tommy Doyle/OT Miami (OH) — Big offensive tackle in the mold of Alejandro Villanueva, Doyle goes 6’8″, 320. MAC guy, Steelers seem to always grab one of those. Doyle’s a guy whose gotten better each year after not playing offensive line until he arrived at school. Little similar to third round pick Kendrick Green, who began his career as a DT. Doyle isn’t day one ready, but after a redshirt year, could push for a starting spot.

Carson Green/OT Texas A&M — Underrated tackle with good length and power in the run game. Also a lot of experience. Assistant offensive line coach Chris Morgan showed some interest in him pre-draft. Wouldn’t discount him as an option even in the fourth round, though I don’t have a great feel for where he’ll ultimately get drafted.

Daelin Hayes/EDGE Notre Dame — Five-star recruit who battled shoulder injuries and exited with only nine career sacks. But he’s hearts and smarts and the Steelers need OLB help. He could be anywhere from a fourth to seventh round pick. Think some of it could depend on his medical and where teams grade his shoulder.

Janarius Robinson/EDGE Florida State — Hard to see the team not walk away in the draft without a pass rusher. Robinson is a big, long run defender who tested well but predictably shows some stiffness in his game. Production was on the lighter side, tool but he’s versatile and uses his extreme length, 35″ arms, to his advantage. DL Coach Karl Dunbar attended his Pro Day to watch he and teammate Joshua Kaindoh, who’s more athletic but had minimal production.

Shaka Toney/EDGE Penn State — One of two EDGE rushers to check our “what they look for” box (the other was his teammate Odafe Oweh, drafted in the first round). Toney was the more productive player with 20 career sacks. A lack of bulk may be holding him back, but he still met the height/weight/length thresholds. He still fits.

Avery Williams/DB Boise State — Arguably the best special teamer in the class. Not only an electric return man with nine career return touchdowns (six punts, three kicks) he also has a history of blocking punts and field goals. Good athlete who went through RB and WR drills during his Pro Day, which Danny Smith attended.

Ar’Darius Washington/DB TCU — Slot/safety, key versatility when the Steelers still have plenty of needs to address. Washington lacks long speed but showed post safety range on tape and plus ball skills, intercepting five passes in 2019, though he failed to pick off any in nine games this past season. DBs Coach Teryl Austin attended his Pro Day, so there’s some interest there.

Shakur Brown/CB Michigan State — Odds are high the team will address the secondary in some form or fashion. Nailing down a Day 3 corner is tough to do, however. Brown didn’t run well at his Pro Day but picked off five passes in 2020, showing off some playmaking ability. He’d play in the slot in Pittsburgh, so his lack of long speed won’t hurt him quite as much.

Corners we mentioned in Day 2, Ohio State’s Shaun Wade and Central Arkansas’ Robert Rochell, remain on the board and are possibilities.

Damar Hamlin/S Pittsburgh — If you’re looking for a local, heady safety, Hamlin is your guy. His testing was average to a tick below, but he has a great head on his shoulders and the Steelers should know the name well. Six career INTs for the Panthers.

Pressley Harvin III/P Georgia Tech — Certainly possible the Steelers draft a punter. Danny Smith attended at least two workouts, including Harvin’s, who reportedly punted well despite poor weather. He’s an unusual body type at 5’11”, 263 pounds who “slimmed down” from 283 in 2020. But he has a big leg and flashes some elite punts. Quick operation, experienced holder, and can even throw the ball on fakes. Option in the sixth or seventh round.