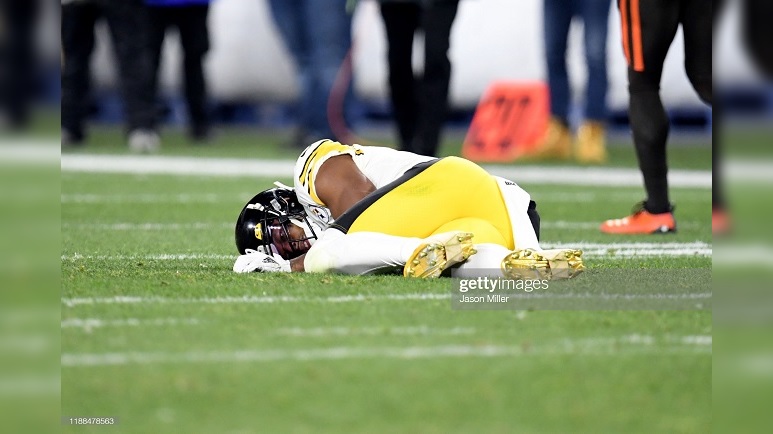 Most NFL players probably aren’t big fans of the NFL going to 17-game regular season starting in 2021. Pittsburgh Steelers wide receiver JuJu Smith-Schuster certainly is one of them.

During a recent interview with Andy Scholes of CNN, Smith-Schuster, who has been on quite a product promo tour this offseason, talked about the NFL’s new 17-game schedule that will begin in 2021.

“It takes a lot on your body. It takes a toll, especially if you’re an older guy, like an older vet, it will probably take more of a toll on you,” Smith-Schuster said. “You’re talking about practicing every day, three or four times throughout the week and then going in and basically just smashing out and hitting each other.”

It will certainly be interesting to see what kind of impact a 17-game season now has on NFL players, especially when it comes to percentage of contests missed. For example, Smith-Schuster is now entering his fifth NFL season and he’s already missed five games in total due to injuries, four of those coming during the 2019 season.

This is not the first time that Smith-Schuster has had something to say about the new 17-game season. He also voiced his displeasure several weeks ago during an interview with Adam Schefter of ESPN on his podcast.

“I’m young, I’m 24 years old, but still, adding another game, it puts a toll on your body”, Smith-Schuster said, when asked for his opinion on the new 17-game format. “I want to play for 10-12 years, but instead, hey, I’m playing for eight years, because there’s an extra game on the line”, he added, “and it comes down to the point where, in order for us to make the playoffs, we’re gonna have to have our starters play throughout the whole season.”

If there’s any consolation, it’s the fact that there will be one less preseason game for teams moving forward. Even so, the Steelers will still play four preseason games in total in 2021 due to them playing in the annual Hall of Fame game in August against the Dallas Cowboys.